Global leaders have sent their congratulations to Vietnam to mark the country’s 73rd National Day (September 2, 1945). 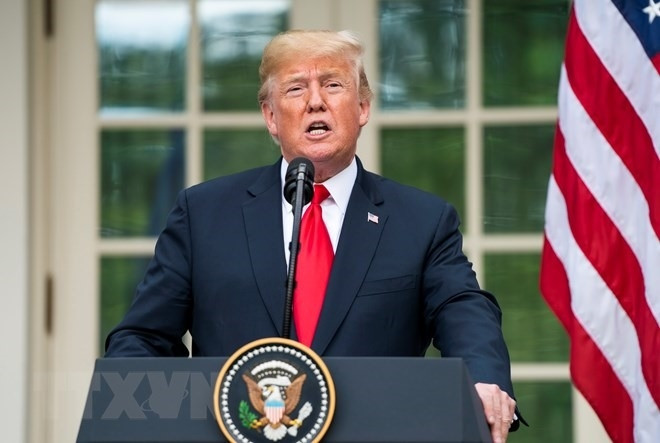 In their messages, the leaders of the Chinese Party, State, Government and National People’s Congress highly valued the achievements Vietnam had made, voicing their belief that under the CPV’s leadership, the Vietnamese people would realise the target of building a socialist State with prosperous people, a strong country and a democratic, equitable and civilised society.

They affirmed that China attached importance to developing relations with Vietnam and was willing to join Vietnam in developing their comprehensive strategic co-operative partnership in a stable, healthy and sustainable manner.

President Quang and PM Phuc also received similar messages from US President Donald Trump, who affirmed that 2018 is an outstanding year with milestones recorded in Việt Nam-US relations.

President Trump said he was satisfied with his visits to Da Nang and Ha Noi last year, and applauded the increasing connectivity between the two countries as reflected in their Comprehensive Partnership. He believed that 2019 would be a promising year for bilateral ties, and is looking forward to working with Vietnamese leaders in stepping up the realisation of priorities set for the Indo-Pacific region.

The Lao leaders expressed their delight at the unceasing development of the great friendship, special solidarity and comprehensive co-operation between the two countries’ Parties, States and people and affirmed that despite how complex the regional and international situation was, the Lao Party, State and people would, together with Việt Nam, continue to nurture special bilateral relations.

In his messages sent to the Vietnamese President and PM, President of the Councils of State and Ministers of Cuba Miguel Diaz-Canel Bermudez offered the warmest congratulations and stressed determination to strengthen long-lasting friendship, fraternity and co-operation between the two nations.

The Russian leaders highlighted that the countries’ time-tested friendship and comprehensive strategic partnership had taken dynamic steps and made big accomplishments in enhancing trustworthy political ties and relations in economy-trade, science-technology, and culture and humanism, thus ensuring their peoples’ interests and contributing to stability and security in the Asia-Pacific region.

Singaporean President Halimah Yacob and PM Lee Hsien Loong also extended their congratulations to their Vietnamese counterparts, saying that Vietnam had made great socio-economic progress and become one of the fastest growing economies in the region, while also being a leading option for foreign investors, including those from Singapore.

In his message sent to PM Phuc, Thai PM Prayut Chan-o-cha noted that Thailand and Vietnam had close and dynamic relations based on common visions and interests, along with long-standing people-to-people exchanges.

In their message the Myanmar representatives expressed their delight at the rapid development of Vietnam-Myanmar friendship and co-operation, both bilaterally and multilaterally, particularly within the ASEAN. The Myanmar leaders believed the Comprehensive Cooperative Partnership between the two nations would be continuously consolidated and developed for mutual benefits.

Meanwhile, the Indian leaders said Vietnam is a key pillar in India’s “Look East” policy and expressed confidence in the growth of the Vietnam-India Comprehensive Strategic Partnership for mutual benefits and for peace and development in the region.

The Governor-General said he was delighted to find the importance of bilateral ties was acknowledged by the Vietnamese and Australian PMs in the joint statement on establishing Vietnam-Australia Strategic Partnership in early 2018, expecting the relationship to thrive on the basis of their freshly upgraded relations.

President Moon Jae-in also delivered a congratulatory message to President Quang, in which he expressed his hope that based on agreements secured by both sides in his visit to Vietnam last March, more diverse co-operation activities will be held, bringing wealth and happiness to people of both nations and deepening their mutual understanding and friendship.

Japanese Emperor Akihito conveyed his sincere congratulations and wish for prosperity to the Vietnamese people.