French police fired tear gas to disperse around 2,000 demonstrators protesting against racism and police brutality in the northern city of Lille on Thursday. 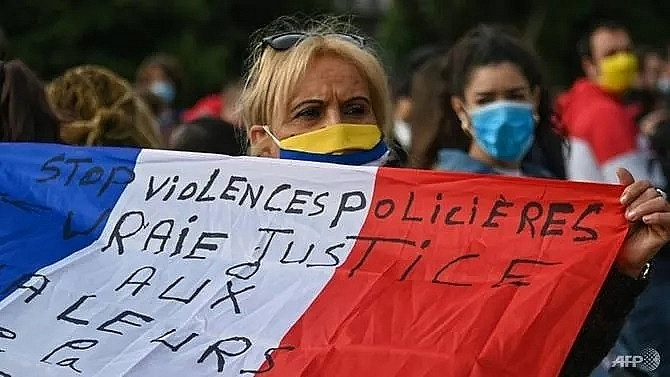 Some of the Lille protesters on Thursday. Photo: AFP/DENIS CHARLET
"No justice, no peace," the crowd chanted, echoing the protests which have taken place across the United States following the death of unarmed African American George Floyd in the hands of police.

The marchers also brandished placards, some in English, bearing slogans now familiar in the US protests: "Black lives matter", "I can't breathe," and "Stop police violence".

The mainly young crowd in Lille marched to the city centre, also calling for "justice for Adama".

Adama Traore was a young black man killed in French police custody in 2016.

On Thursday police in Lille fired tear gas to disperse the protesters but flashpoint incidents continued as night fell.

"Today people feel stigmatised, ostracised by the Republic and these people... demand above all to be integrated, recognised, treated like everyone else," one of the marchers, 32-year-old Sofian Betrancourt, told AFP.

"The question of police violence has been on the table for many years, but at the same time this inequality is displayed on a global basis," he added.
Vietnam Investment Review