As one of Vietnam’s leading partners, the UK can meet the country’s economic development demand in its strong fields. 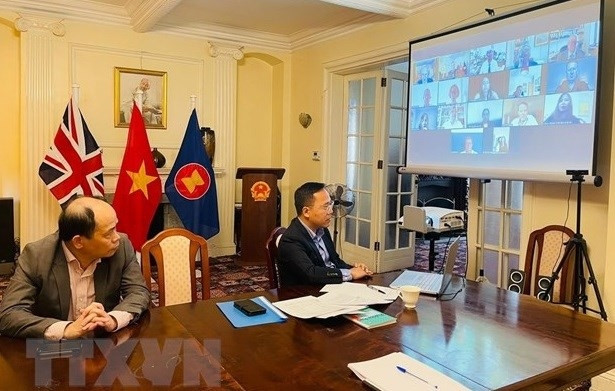 Long briefed them on the latest achievements in bilateral ties, especially in trade, education, security defence and people-to-people exchange.

According to him, two-way trade rose by 25 percent in the first six months of 2021, and the goal to raise it to 10 billion USD in the next five years is feasible.

Potential for trade cooperation remains huge, especially in the context that Vietnam is entering a new economic development stage with average per capita GDP targets of 3,500 USD by 2025 and 7,000 USD by 2030.

As one of Vietnam’s leading partners, the UK can meet the country’s economic development demand in its strong fields such as science-technology, he stated. 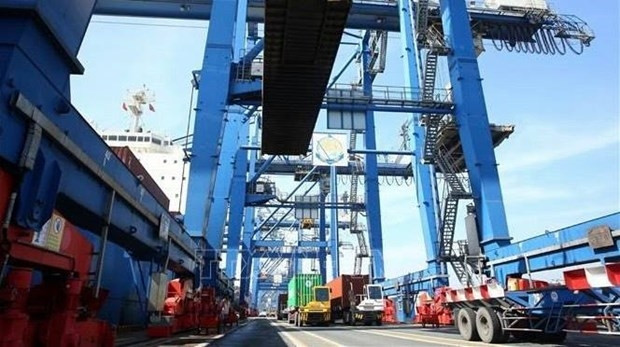 Vietnam-UK trade rises by 25 percent in the first six months of 2021 (Photo: VNA)
The diplomat affirmed that education is the priority in bilateral collaboration, and the UK is Vietnam’s leading partner in this field, with 74 trans-national programmes of 23 British universities.

Cooperation in defence security has also developed as well, as the UK is expanding its presence in the East Sea and Southeast Asia and considering Vietnam its main partner in the Indo-Pacific, he added.

VUKN President Warwick Morris suggested the two countries intensify cooperation in health, particularly in the global fight against the COVID-19 pandemic, and in science technology and mechanics.
VNA