Vietnam needs to exploit resources for sustainable development of its marine economy and develop a secure maritime environment for the betterment of the people. 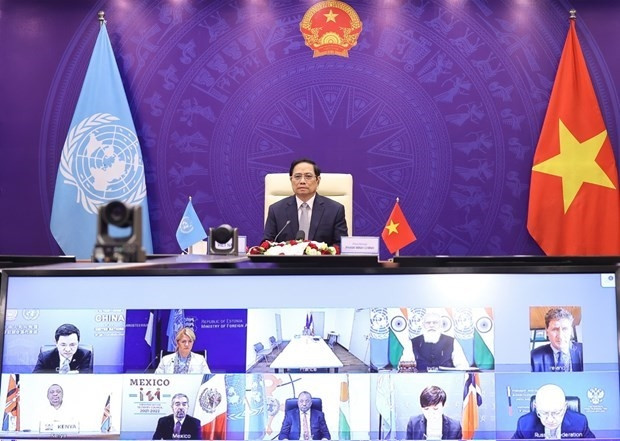 The article said in his speech, which was a little more than seven minutes, PM Chinh raised very pertinent questions about creating maritime awareness and consciousness at international level. He stated that with increasing maritime tensions and new kind of challenges, there is a need for building trust and concerted efforts to resolve long impending maritime disputes. He stated that there is a need for ensuring peace and tranquillity in maritime domain and developing architecture for exploitation of marine resources in a sustainable manner.

One of the important aspects he raised during his speech was related to the fusion of international mechanisms and initiatives to promote regional maritime security architecture under the auspices of UN and developing structures for sharing of information and experience. He alluded to the 1982 United Nations Convention on the Law of the Sea (UNCLOS) and stated that all those maritime disputes should be resolved in accordance with the provisions of the international law, the article said.

Vietnam worked assiduously during its chairmanship of ASEAN in 2020 when it pushed the agenda under the auspices of the regional organisation and tried to bring together ASEAN nations and China to consider implementing the Declaration on the Conduct of Parties in the East Sea (DoC) as well as finalising negotiations with regards to adoption of a draft Code of Conduct (COC) in the East Sea. PM Chinh’s lucid representation of facts and the pressing demands has been much appreciated, given the fact that maritime security has been discussed as a serious agenda item, the author wrote.

The August meeting of the UNSC outrightly stated in the presidential statement calling for stronger regional and international cooperation to promote maritime cooperation and develop security architecture for promoting trade and commerce in maritime domain and ensuring maritime security and safety. Interestingly, most of the participants in the open high-level dialogue accepted the fact that for maritime trade and commerce as well as development of blue economy, and sustainable exploitation of resources, it is pertinent to promote security and cooperation in this domain.

The Vietnamese PM also resonated India’s five ‘S’ approach at the UNSC. He stated that in the maritime domain, countries are facing both traditional and non-traditional security challenges, including terrorism and transnational crime. Sea level rise, increasing marine pollution, and climate change would be the long-term challenges which need to be addressed on a priority. He also stated that increasing tensions and major power rivalry would also impede on the security and safety as well as freedom of navigation in these contested maritime routes. He continuously stressed on the fact that Vietnam, as a littoral state, needs to exploit resources for sustainable development of its marine economy and develop a secure maritime environment for the betterment of the people, the article wrote. 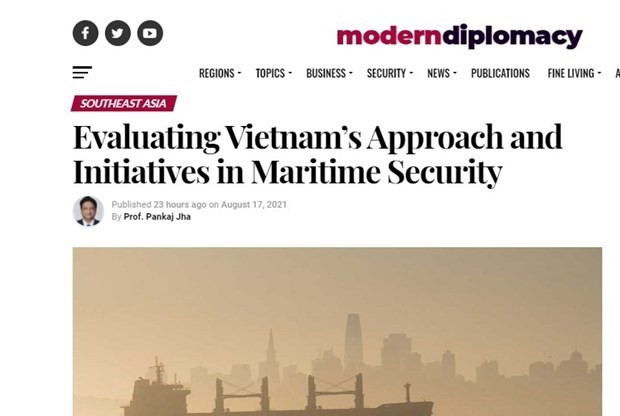 The article on Modern Diplomacy (Photo: Screenshot)
According to the article, PM Chinh stated that there is a need for maritime domain awareness and acknowledged the threats to maritime security. He also alluded to resources and capabilities enhancement for implementing national maritime strategies and protocols to meet the objectives. He stated that it is under obligation of all the UN members to uphold their legal obligations while respecting the sovereignty, and legitimate interests of the littoral states The recognition of due diplomatic and legal processes to resolve disputes is also required.

The PM emphasised the need to ensure the freedom and security of navigation and overflight without any military threats or acts which can vitiate the atmosphere. As a true statesman and a mature politician, he outlined how Vietnam would stand up to join the international community to achieve these objectives and promote maritime security at all levels. The most important aspect of his speech was that he used the right words and a mature approach to address all the challenges in the maritime domain without naming or shaming any country or power as such, the article said.

As Vietnam has taken the lead in addressing challenges regarding the East Sea, expectations have risen regarding Vietnam’s constructive role in the overall dispute settlement in the area, it added.
VNA