Excitedly counting down to the day Chi Linh officially becomes a city is the common mood of the townsfolk. 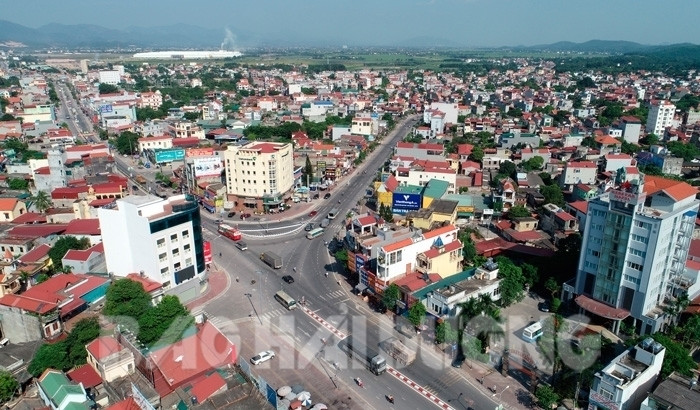 Chi Linh has officially become a city since March 1, 2019
Along with the joy, Chi Linh people expect the event to be a turning point boosting the local socio-economic development.

These days, together with the Con Son - Kiep Bac Spring Festival, Chi Linh is seemingly burning with the new vitality of a young city. As from today (March 1), Chi Linh is officially the second city of Hai Duong.

To welcome the event, for days, main streets of Chi Linh urban areas have been decorated with colorful flags, flowers, and banners. Con Son - Kiep Bac special national relic site has impressed visitors with tens of thousands of square meters of flowers and bonsai thematically planted in association with cultural relics and celebrities and thousands of flags, lanterns, banners, and billboards.

"Spring has made people excited. We are happier with the great joy of Chi Linh as a city. This will be a turning point for Chi Linh to become a dynamic, prosperous, beautiful, and civilized urban area," said Vu Hung in Cong Hoa ward.

Bui Duy Tan, 80 years old, in Tru Thuong (Dong Lac) said he had never seen his homeland change so much. After only a few months, inter-commune and inter-hamlet roads have been embellished and enlarged with pavements, drainage and lighting systems, etc. built.

"We hope the economy and society of Dong Lac in particular and the city in general will further thrive after the turning of the commune into a ward and the provincial town into a city," said Tan.

As for Hoang Xuan Hung in Tan Lap (Kenh Giang commune), the mergence with Van Duc commune to establish a ward and then the turning of the provincial town into a city have tripled the joy of Kenh Giang residents.

"There will be no longer freeloading situation. This really is an opportunity for us to develop family economy," said Hung.

According to the Chi Linh City Division of Internal Affairs, up to 98.6% of 30,662 residents of seven communes casting their votes agreed to the establishment of six wards of Tan Dan, An Lac, Dong Lac, Co Thanh, Van Duc, and Hoang Tien. 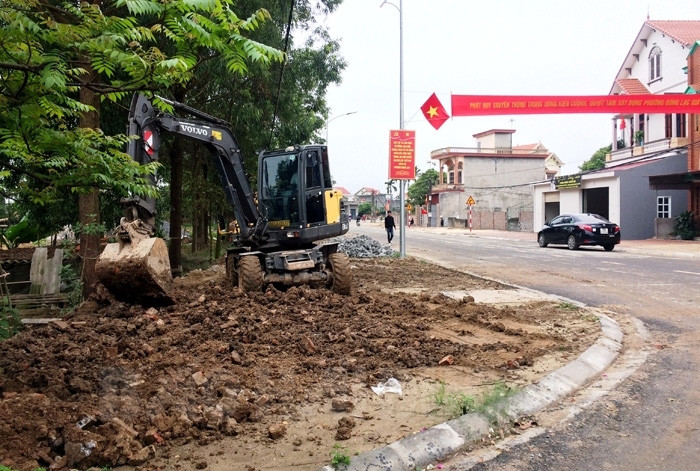 The axial road of Dong Lac ward has been upgraded and enlarged
Like a gemstone on the Kinh Thay river, Vinh Tru islet with a special terrain, a fresh climate, and great potential for eco-tourism development has lured the interest of many investors.

In which, Vinh Tru islet ecological, sport, and entertainment resort project proposed by FLC Group is expected by local authorities and residents.

Chairman of the Dong Lac Ward People's Committee Vu Dinh Bay believed that the project would contribute to maintaining the islet, developing the landscape, creating a highlight for tourism development, and changing the economic structure.

Aside from Trieu and Gio fields planned to become urban residential areas and Bo Quan field near Vinh Tru islet planned to turn into a service and commercial area, it is expected that by 2020, agricultural land will have reduced to 250 ha, down 40% compared to the present time, to focus on building conversion areas, raising fish, cultivating carrots, etc.

At present, there are one industrial zone and four industrial complexes in Chi Linh. They have been attracting a lot of businesses coming for production development. Typical examples are the groups of FLC, Tan Hoang Minh, TMS, ADJ, etc. with a total registered investment of billions of USD.

Besides, many big companies are researching on investment in Ben Tam and Hoang Tien.

"Those positive signals right at the beginning of the year have further confirmed the new position of Chi Linh city. This land has been attractive to investors," said Nguyen Van Thanh, Director-general of Vietnam Rubber Industrial Zone and Urban Development JSC., the investor of Cong Hoa industrial zone.

Over the past time, Chi Linh authorities have concentrated all resources on constructing socio-economic infrastructure and creating highlights for the urban architecture.

A lot of new urban areas have been built, such as Mat Son Lake and Chuc Cuong. Numerous public works like Mat Son lake park, Ben Tam lake park, Phuong Hoang park, the provincial town square and stadium, and many other stadiums in wards and communes serving the people have been constructed.

A large number of key works have been promptly and effectively used, such as Chu Van An Junior High School, a martyrs' temple, the Provincial Town Party Committee's office building, the infrastructure of Mat Son lake tourism and service site, Sao Do Central Square, Vincom Chi Linh Trade Center, etc. All of them have been forming highlights and contributing to boosting the city socio-economic development.

"We are recovering and clearing land. We will carry out the project right after completing investment procedures and strive to finish it in the first quarter of 2020," said Hoa.

The official establishment of Chi Linh city will further motivate the local Party, government, and people to strive to bring the urban area to a new height with dynamism, prosperity, beauty, and civilization.
THANH LONG