The Cam Giang district People's Committee on August 22 morning announced a plan to build the district's regions until 2025 with orientation to 2035. 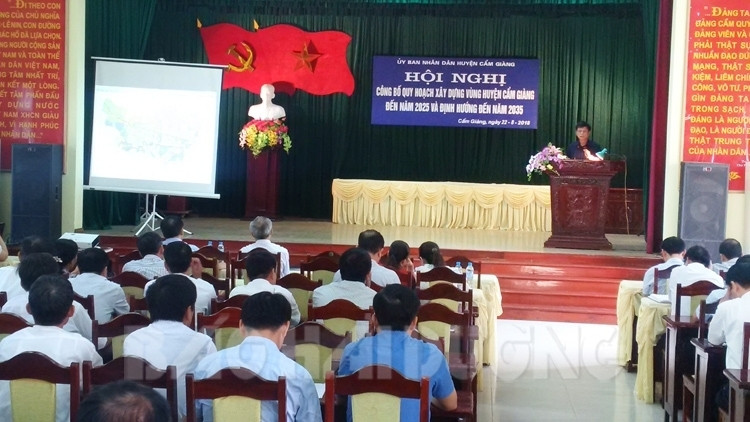 By 2030, a chain of east-west urban areas, including the new urban areas of Cam Phuc, Cam Dien, and Luong Dien, will have been formed.

By 2035, a chain of north-south urban areas will have been developed, comprising the new urban areas of Cao An, Cam Vu, and Cam Dong. In which, Lai Cach will be the administrative, commercial, and service center of the district.

The plan was approved following the provincial People's Committee's Decision 2917/QD-UBND dated August 14, 2018 with the orientation of turning the district into an industrial, small industrial, and handicraft development region, focusing on key industrial sectors, and a center producing and processing agricultural products for export.
DUC TAM