Vietnam lost 0-1 to Australia in a match of the final round of the 2022 FIFA World Cup Asian qualifiers, which took place at My Dinh national stadium in Ha Noi on September 7. 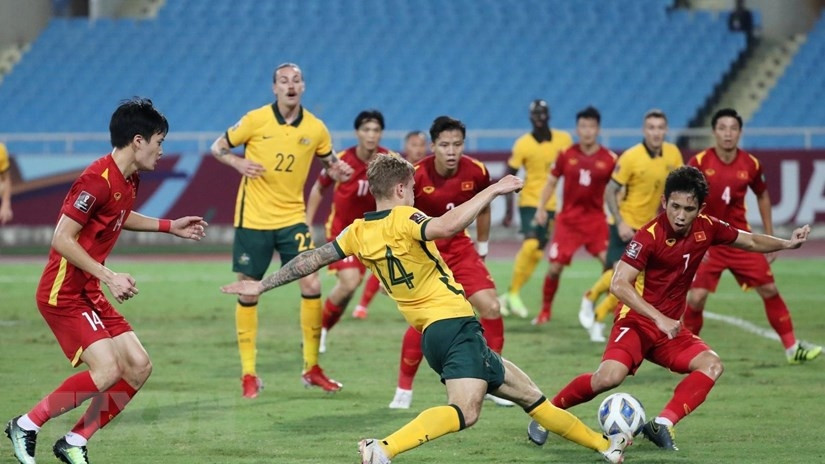 Photo: VNA
This is the first match that the video assistant referees (VAR) system has been applied at the Ha Noi-based stadium. Spectators were not allowed due to COVID-19 restriction measures.

In the first half, after a VAR review, the referee refused to give Vietnam a penalty kick after an Australian player attempted to block a shot from Vietnam’s midfielder Nguyen Phong Hong Duy.

Vietnam were able to keep a clean sheet just minutes before the end of the first half, when Australian defender Rhyan Grant scored from a header.

Although Vietnam could not equalise, the team in red maintained its discipline and mental fortitude in the second half, with a number of attacks being launched against the Australian side.

Vietnam are to face China at a neutral venue on October 7.

They were defeated 1-3 by Saudi Arabia in the previous match of the qualifiers’ final round held on September 3 (Vietnam time).

This is the first time Vietnam have ever played in such a round of World Cup qualifiers. They are in Group B along with Japan, Australia, Saudi Arabia, China and Oman for a spot at the 2022 Qatar World Cup.
VNA