France wants to cooperate with Vietnam in sports, especially football, in the context of Vietnam aiming for a place at the World Cup in 2022. 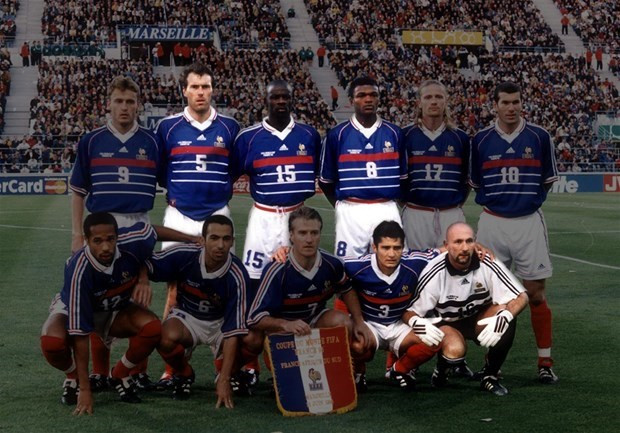 France has launched a project to send a team of footballers to Vietnam for friendlies. Photo: sport24.lefigaro.fr
French Ambassador to Vietnam Nicolas Warnery said that on August 25.

At a working session with Minister of Culture, Sports and Culture Nguyen Ngoc Thien, the ambassador said football is a passion the Vietnamese and French people both share and their national teams have been successful in recent years.

France has launched a project to send a team of footballers to Vietnam for friendlies, including greats such as Michel Platini, Fabien Barthez, Jean Pierre Papin, Marcel Desailly, and Nicolas Anelka, along with former Arsenal manager Arsene Wenger, the ambassador said.

The project hopes to enhance cooperation between the two countries while promoting Vietnam’s image among international friends, he said, adding that apart from friendlies, there will be exchanges where the French players share their experience with young Vietnamese.

For his part, Thien briefed the ambassador on the development of Vietnamese sports, particularly football, over recent times, and expressed a hope that, with France’s cooperation, Vietnamese athletes will reach further into the international arena.
VNA