The 2019 National 25m-pool Swimming and Diving Championship kicked off in Thua Thien - Hue on March 20. 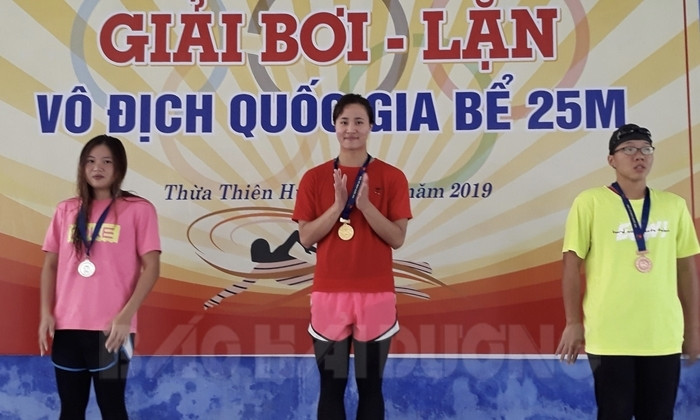 All of the three medals were snatched by diver Pham Thi Thu.

The 2019 National 25m-pool Swimming and Diving Championship attracted 16 teams from provinces, cities, and the army.

With seven members, Hai Duong diving team is competing in 12 out of 26 events.

The tournament is to end on March 22.
BINH MINH