The True Friend category of the 2021 Army Games kicked off in Algeria on August 22 (local time), with the participation of teams from the countries of Vietnam, Russia, Belarus and Uzbekistan. 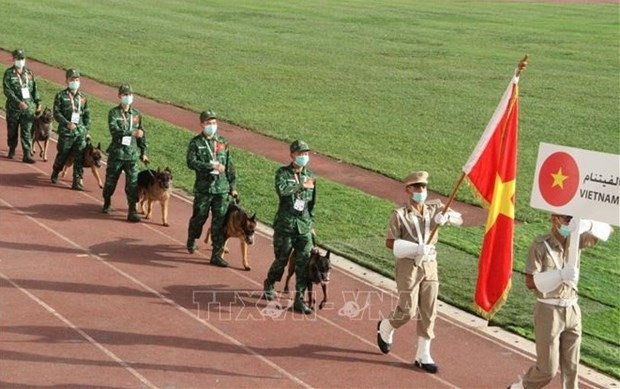 The Vietnamese team at the opening ceremony of the Army Games in Algeria (Photo: VNA)
The Vietnamese team, with five official contestants and five service dogs led by Lt.Col. Hoang Ngoc Sang, is set to compete in various parts of the category from August 23 to 29.

Sang, who is also head of the Vietnamese delegation in Algeria, said that the members of the team have been in top form and ready for the competition.

That Vietnam hosts the Army Games this year and sends teams to co-host nations like Algeria amid the COVID-19 pandemic demonstrates Vietnam’s policy of strengthening defence cooperation with others, he said, hoping that the Vietnamese delegation will fulfil its targets. 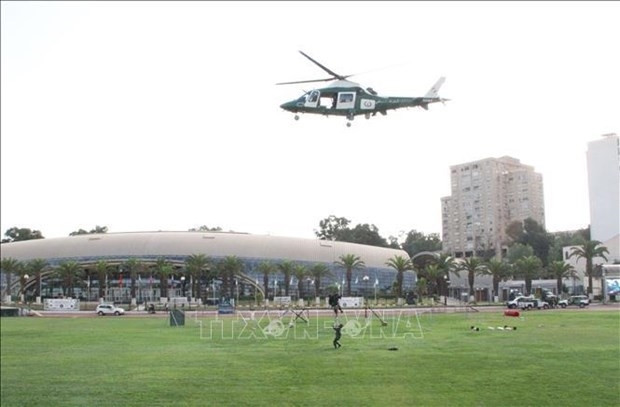 At the 2021 Army Games (Photo: VNA)
By hosting the dog handlers competition this year, this is the first time that Algeria has been among co-hosts of the international annual military sports event. The Games in the North African nation will wrap up on August 30 morning.

Vietnam is due to host the Military Medical Relay Race and Sniper Frontier contests.

This is also the fourth time Vietnam has taken part in the games, competing in the largest number of contests so far.
VNA