Six volunteers participating in the human trials of Vietnam’s second homegrown candidate vaccine Covivac got their second shots of the vaccine on April 12. 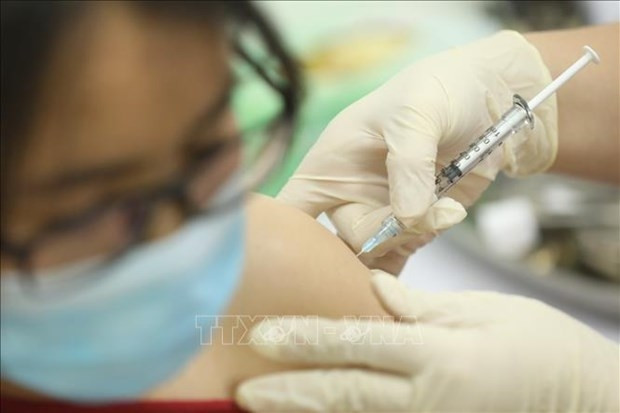 Illustrative photo: VNA
They are the first out of the total 120 volunteers in the trials to receive the second shot, which is administered 28 days after the first one.

Since the start of the trials (March 15), 96 volunteers have been injected with the first shot and the remainder are expected to be inoculated by April 18.

In July, a mid-term report on the vaccine's trials is planned to be done.

Covivac, which was developed by the Health Ministry’s Institute of Vaccines and Medical Biologicals, is in the first stage of clinical testing by the Ha Noi Medical University’s Center of Clinical Pharmacology.

According to Associate Professor, Dr Pham Thi Van Anh, head of the center, 66 volunteers showed slight reactions like swelling in injected area and headache, which disappeared within 24 hours after injection without need for treatment, and no serious side effects were seen during the seven days after injection.

According to Deputy Minister of Health Tran Van Thuan, the ministry is expecting that Vietnam will have its own vaccine for use and even export between late 2021 and early 2022.
VNA