Le Van De’s family wishes that the money will be used to buy Covid-19 vaccines for all residents of Thanh Son commune (about 5,000 people). 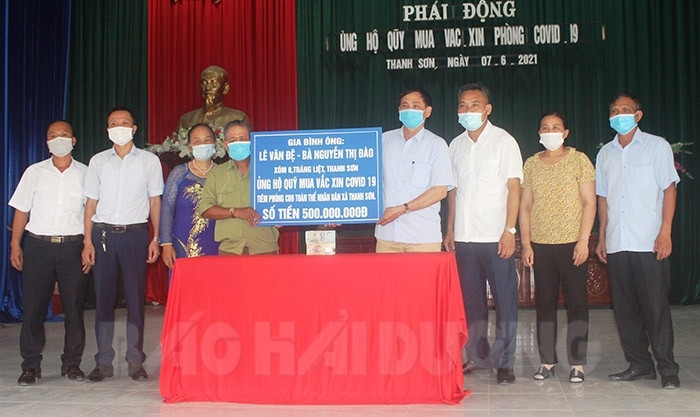 In the shortest time, his family will transport home 4,000 tons of Huu Nghi cement (Phu Tho) worth nearly VND4 billion for presentation to the locality to sell for cash for the fund.

The money to be made from cement and the cash De’s family donated total close to VND4.5 billion. According to the wish of De’s family, the money will be used to buy Covid-19 vaccines for all residents of Thanh Son commune (about 5,000 people).

Le Van De is a wounded soldier who used to participate in the resistance war against US aggressors. De and his wife have four successful children. During the process of new-style rural building in Thanh Son commune, his family assisted the sub-hamlet, hamlet, and commune with the construction of roads, communal houses, pagodas, etc.

De’s family is the first one in the province to donate such a large amount of money to the fund.
HaiDuongnews