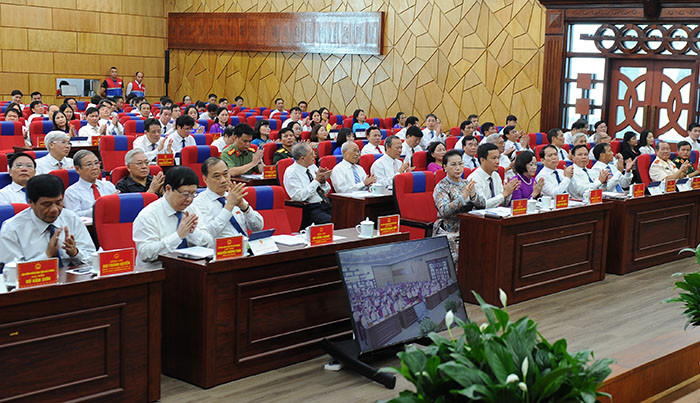 Participants in the opening sitting of the 13th session of the 16th provincial People's Council
The session, taking place at the Eastern Land Cultural Center, is the first event of the province to have been organized at the key work built to celebrate the 17th provincial Party Congress and the 13th National Party Congress.

As scheduled, Ms. Nguyen Thi Kim Ngan, Politburo Member, Chairwoman of the National Assembly, is attending the opening sitting and delivering a speech to direct the session.

It is expected that at the opening sitting, the participants will consider reports and proposals of the provincial People's Committee on the implementation of socio-economic development tasks in the first six months and key tasks and measures for the last six months of 2020; a summation of aspirations and recommendations of voters and people in the province; a report on feedback to voters' opinions before and after the 12th session of the 16th provincial People's Council; a report on the situation and result of defending security and order in the first half and key directions and tasks for the second half of the year; a proposal of regulations on titles, quantity, and levels of allowances and funding for non-specialized staff at commune level, hamlets, and residential areas, funds for the operation of socio-political organizations at commune, hamlet, and residential area levels in the province; etc. 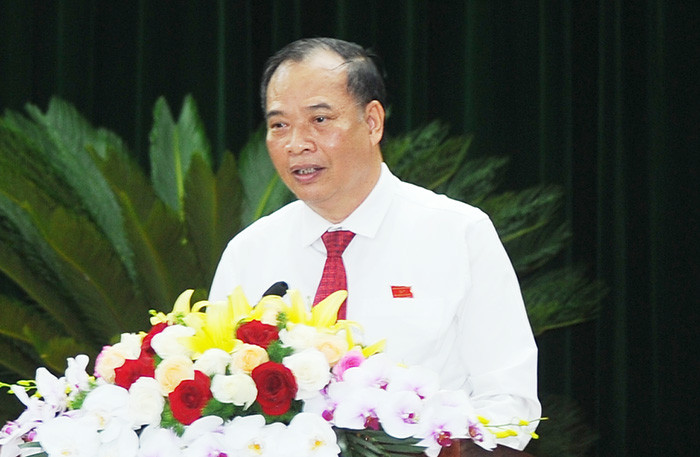 On July 25, the provincial People's Council is expected to conduct a question-and-answer sitting and end the session.

The Hai Duong online newspaper is reporting the session online while the provincial Radio and Television Station is telecasting live some sittings of the session.
THU MINH