In the past tenure, trade unions at all levels in the province focused on well performing the functions of representing and protecting legitimate rights and interests of members and laborers. 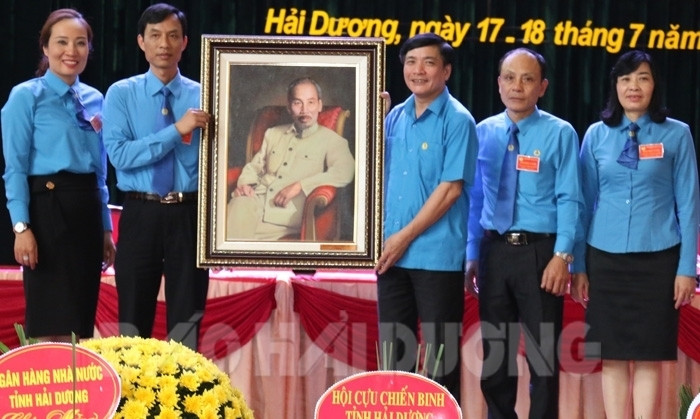 In the morning, the participants in the congress heard a summary report of the 17th provincial Confederation of Labor (PCL)'s Executive Board on movements of laborers and TU activities from 2013 to 2018; directions, objectives, and measures for the 2018 - 2023 tenure; and a summary report on opinions and recommendations of officials, TU members, and laborers for the Party, State, Vietnam General Confederation of Labor (VGCL), and provincial Party Committee, People's Council, and People's Committee. 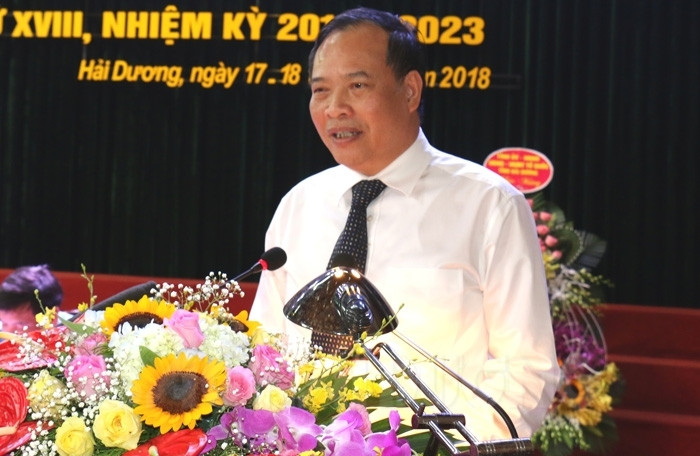 In the past tenure, TUs at all levels in the province focused on well performing the functions of representing and protecting legitimate rights and interests of TU members and laborers.

There were many practical activities to take care of material and spiritual lives of TU members and laborers with such meaningful programs as New Year of Reunion, Workers' Month, TU house construction, etc. 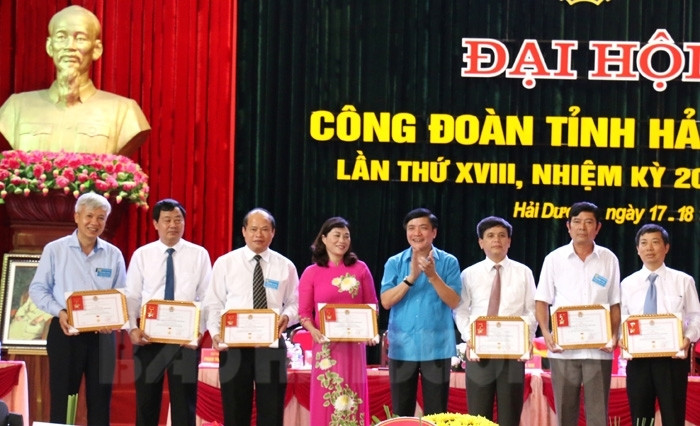 Chairman of the Vietnam General Confederation of Labor Bui Van Cuong awards commemorative medals to individuals with many contributions to trade union cause
The program "Welfare for TU members" initially proved to be effective with practical benefits for TU members.

Propaganda, education, and the building of the working class were stepped up.

Patriotic emulation movements launched by TUs brought into play the activeness and creativity of laborers, bringing about great efficiency in working and production.

TUs also actively engaged in building a pure and strong Party and government... 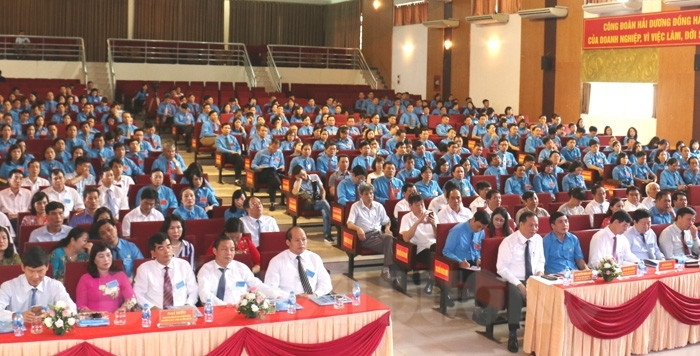 Participants in the congress
The officials basically agreed to the directions, tasks, and measures for the next tenure put forward at the congress and recommended TUs at all levels to focus on well performing the functions of representing and protecting legitimate rights and interests of TU members and laborers; promote care for practical interests with special importance attached to material, spiritual, and political interests brought to TUs members and laborers by TUs; intensify the innovation of the contents and forms of patriotic emulation movements in a practical and efficient manner suitable to each agency, unit, and enterprise and stuck to local political tasks; and pay attention to assisting the development of Party organizations at enterprises.

Due to the intensive integration of the country at present, TU officials must promote the thinking "Words must go hand in hand with deeds".

TUs higher than the grassroots level should care about building competent grassroots TU officials with profession knowledge to accomplish tasks of the new situation. 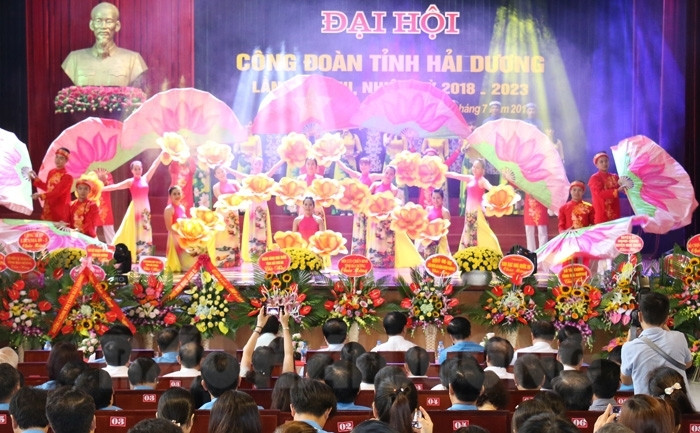 A musical item to celebrate the congress
On this occasion, VGCL Chairman Bui Van Cuong presented a portrait of late President Ho Chi Minh to the PCL with a desire that Hai Duong laborers would continue to make every effort to emulate each other at learning and following Ho Chi Minh's thinking, morality, and style to make higher achievements and awarded "For TU cause" commemorative medals to seven officials with many contributions to the cause of building and developing TUs over the past time.

The congress is to end this morning (July 18).
THANH NGA