Vietnam ready for Election Day on May 23

All localities nationwide have completed preparations and stood ready for the election. 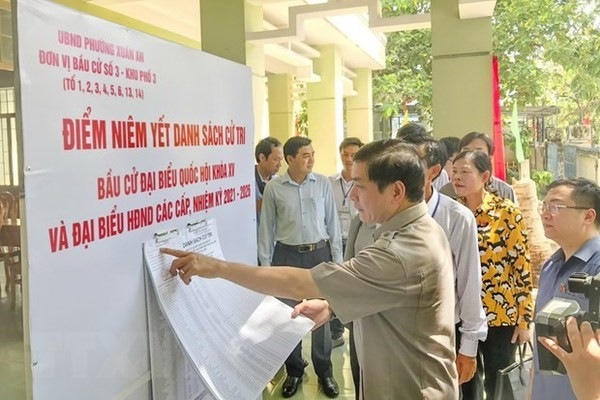 Election organising agencies, the whole political system and the entire people of Vietnam are actively making comprehensive preparations to ensure that the election of deputies to the 15th NA and People’s Councils at all levels for the 2021-2026 tenure will take place in a safe, open and transparent manner.

In an interview with the Vietnam News Agency, Cuong, who is also chief of the National Election Council (NEC) Office, lauded the close coordination among all relevant agencies in cities and provinces nationwide.

He said that many localities have given creative and effective initiatives in election communications, including posting the list of voters on social media, providing feedback books for voters to make adjustments and supplements to the voter lists, while making well preparations of equipment and infrastructure serving the election.

Cuong noted that the complicated and unexpected developments of the COVID-19 pandemic have posed certain impacts to the preparations for the election.

In order to ensure the success of the election and minimise impacts from the pandemic, the NEC has issued a number of documents directing and guiding the election activities in the context of the pandemic, including those instructing the making of voter lists and voting methods for voters undertaking quarantine in localities affected by COVID-19.

The direction and organisation of the election in parallel with COVID-19 prevention and control have been strengthened to protect people’s health, with the careful calculation of plans of holding the election, meetings with voters, consultative conferences and making lists of voters.

According to Cuong, all localities nationwide have completed preparations and stood ready for the election.
VNA