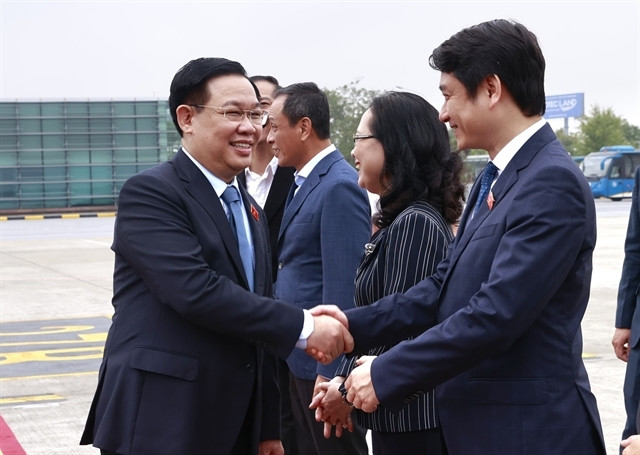 Australia is a strategic partner of Vietnam in the South Pacific. Cooperation between the two countries is developing effectively in various areas while the exchange of delegations and high-level meetings has been maintained.

Bilateral cooperation mechanisms are flexibly deployed in both face-to-face and online formats. Most recently, Vietnam conducted the fourth foreign ministerial-level meeting with Australia in September and is promoting the organisation of the third Vietnam-Australia Prime Ministers’ Meeting. The bilateral Action Plan for the 2020-2023 period has reaped concrete results.

Despite impacts of the COVID-19 pandemic, two-way trade grew nearly 50 per cent to US$12.4 billion. The figure soared by 31.5 per cent annually in the first nine months of this year to $12 billion.

In the fight against COVID-19, Australia provided over 26.4 million vaccine doses for Vietnam, including 12 million doses for adults and over 14.4 million for children, becoming the second biggest vaccine provider for Vietnam, behind the US.

Australia expressed its wish to upgrade the bilateral relations on the occasion of the 50th founding anniversary of diplomatic ties next year.

Cooperative ties between the Vietnamese NA and the Parliament of Australia have also been developing, both bilaterally and multilaterally, making important contributions to the relationship between the two nations. The 15th Vietnamese legislature established the Vietnam-Australia Friendship Parliamentarians’ Group in October.

Though the exchange of high-level visits and exchanges between committees and friendship parliamentarians groups were disrupted by COVID-19 during 2019-2021, both sides shared information on legislation, supervision and decided on important national issues via phone talks. They also agreed to strengthen their coordination and direct ministries, agencies, localities and enterprises to carry out agreements signed between the two countries, contributing to deepening the bilateral strategic partnership in a more practical and effective manner.

New Zealand is also a strategic partner of Vietnam in the South Pacific, with the bilateral ties growing in different fields. Due to the COVID-19 pandemic, the exchange of delegations was suspended during 2021-2022 but high-level conversations have been still maintained and bilateral cooperation mechanisms have been deployed in both online and offline forms.

The 2021-2024 Action Plan with New Zealand to realise the bilateral strategic partnership has seen positive results.

In economic terms, Vietnam and New Zealand are both members of the Comprehensive and Progressive Agreement for Trans-Pacific Partnership (CPTPP) and the Regional Economic Partnership Agreement (RCEP). New Zealand is now the 36th largest trading partner of Vietnam. Two-way trade reached US$1.3 billion last year, up 26.7 per cent year-on-year. The figure increased by 13.6 per cent year on year to $1.1 billion in the first nine months of this year.

New Zealand also approved the supply of ODA worth NZD26.7 million for Vietnam during 2021-2024, equivalent to the sum in the 2018-2021 period. The country also supplied 30,000 COVID-19 vaccine doses and NZD2 million in post-pandemic relief aid to Vietnam.

Though few visits were made due to COVID-19, leaders of the two legislatures still maintained all-level meetings on the sidelines of regional and international conferences.

At regional and global inter-parliamentary forums, the two countries’ delegations of lawmakers regularly discussed and supported each other on regional and national issues of mutual concern. The 15th Vietnamese NA continued to establish the Vietnam - New Zealand Friendship Parliamentarians’ Group and maintained information exchange with the New Zealand Embassy in Vietnam.

Talking with the press ahead of the visits, Chairman of the Vietnamese NA's Committee for External Relations Vu Hai Ha said during the upcoming trips, Chairman Hue is scheduled to hold talks with senior leaders of Australia and New Zealand to discuss measures to promote their bilateral ties in various areas, particularly cooperation between the lawmaking bodies, and exchange views on regional and global issues of shared concern.

Aiming to deploy the foreign policy of the 13th National Party Congress, the visits to Australia and New Zealand will be the first by a senior leader since Vietnam and the two countries fully reopened their doors following the pandemic and also the first made by Hue in his capacity as Chairman of the Vietnamese NA.
VNS