The departments welcomed the embassies’ readiness to work with Vietnamese authorities to remove obstacles to the granting of visas. 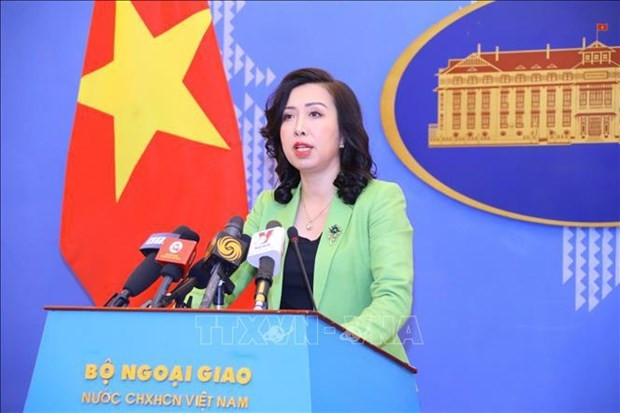 At the MoFA’s regular press meeting on August 11, spokeswoman Le Thi Thu Hang updated the media on some countries’ refusals to recognise the new version of the passports since they don’t contain information about place of birth.

She said under the Prime Minister’s direction, the MoFA’s Consular Department and the MPS’s Immigration Department had a working session on August 9 with the embassies of Germany, the Czech Republic and Spain in Ha Noi to discuss the countries’ suspension of issuing visas on new Vietnamese passports due to the absence of this information.

During the meeting, the two departments presented Vietnam’s solution, which would be to add the place of birth in the appendix.

The departments welcomed the embassies’ readiness to work with Vietnamese authorities to remove obstacles to the granting of visas, providing that passport holders provide information verifying their places of birth to complete visa applications, Hang went on.

The MoFA and Vietnam’s overseas representative bodies will continue keeping a close watch on this issue and coordinate closely with the MPS and authorities in host countries to deal with problems and facilitate Vietnamese citizens’ international travel, the spokeswoman added.
VNA