Afraid of failing to find a stable and high-income job, some export workers did not return home on time and sought ways to stay illegally after their contracts had expired. 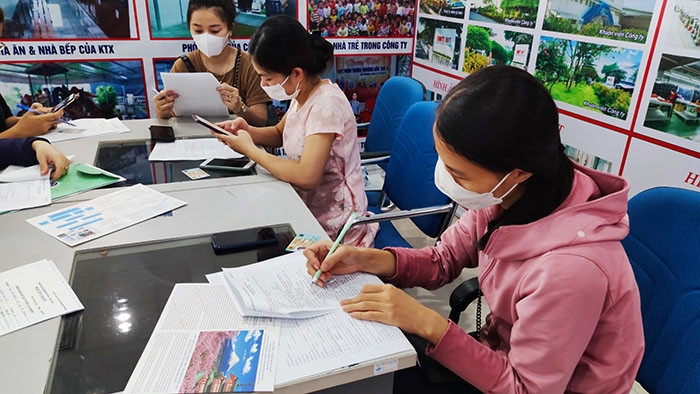 To solve this problem, Hai Duong authorities have been taking many measures.

An online job transaction session held by the Employment Service Center under the Department of Labor, Invalids, and Social Affairs in early September attracted the participation of many people who used to work abroad.

Nguyen Van Hien in Dong Lac ward, Chi Linh city, confidently introduced his nearly 10 years of working as a mechanic in South Korea to businesses with recruitment needs at the session.

"At first, I was afraid that I would be unemployed for failing to find a suitable job when returning home and domestic enterprises paid much less than those in South Korea," said Hien.

"However, when being interviewed and negotiating salary, I was quite surprised because domestic enterprises paid skilled workers well.

"I decided to apply to a business in Cong Hoa industrial park for its nearness to my house, good salary, and much welfare."

Hai Duong is one of provinces having the highest numbers of people working abroad under contracts in Vietnam.

In recent years, the main markets targeted by Hai Duong workers have been China's Taiwan, Japan, South Korea, Germany, etc. These are all potential markets with a great demand for recruitment and fairly high payment. Therefore, after their contracts had expired, a lot of people did not want to return home but illegally stayed, affecting the province's reputation and labor market. 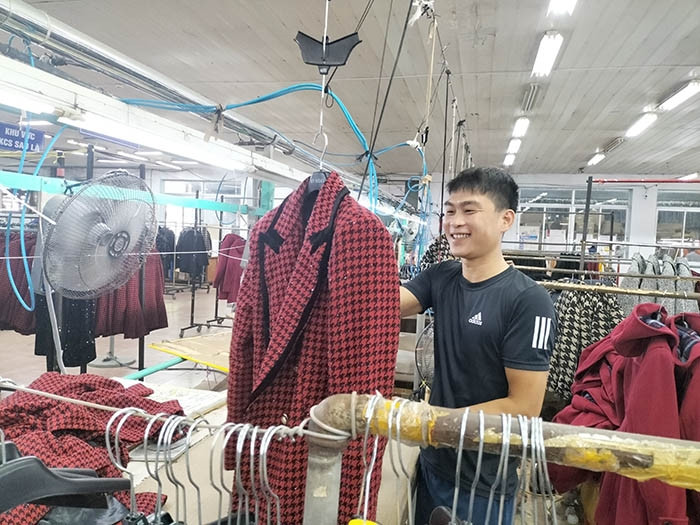 Facing this situation, the Department of Labor, Invalids, and Social Affairs directed the Employment Service Center to organize transaction sessions to help them find jobs.

The sessions connecting laborers returning home on time and enterprises inside and outside the province have brought about positive results. Many laborers found good jobs with high incomes.

According to incomplete statistics of the Employment Service Center, from the beginning of the year to mid-September, the center organized 70 transaction sessions (periodic, online, and mobile) and recommended jobs to more than 8,000 people. As a result, nearly 50% of the laborers found jobs, many of them returned from other countries.

Finding jobs for returning workers is the current fundamental solution to laborers' illegal residence and delayed return; however, in the long term, it is necessary to provide suitable vocational retraining and assist them in starting a business and getting rich in their own native land.

The Department of Labor, Invalids, and Social Affairs is consulting relevant departments, boards, sectors, and units about policies to support Vietnamese workers returning home after working abroad under contracts with job creation and startup in Hai Duong and will submit them to the provincial People's Council for approval in the coming time.

It is expected that laborers will be offered 1.5 million VND/ month in three months to pay for vocational training.