The new version of Vietnam’s passport has complied with regulations and been recognised by most countries in the world. 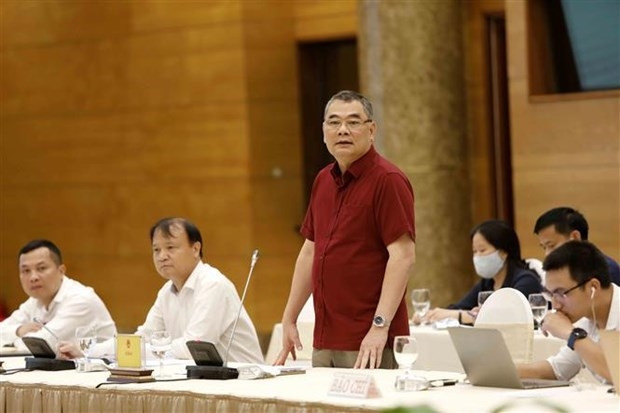 Lt. Gen. To An Xo, Chief of the Ministry of Public Security's Office and Spokesman of the ministry, addresses the press briefing on August 3. Photo: VNA
Spokesman of the Ministry of Public Security (MPS) Lt. Gen. To An Xo said on August 3 while replying to the media’s question about the embassies of the Germany, Spain, and the Czech Republic recently announcing the temporary suspension of granting visas on the new passport of Vietnam.

Speaking at the Government’s regular press briefing, the Chief of the MPS Office noted the new passport has complied with regulations in the 2019 Law on Exit and Entry of Vietnamese Citizens and also met conditions and standards set by the International Civil Aviation Organisation (ICAO).

Many countries such as Japan, the Republic of Korea, Switzerland, and Mongolia also do not have the “place of birth” in their passports, he went on.

“Most of countries in the world still recognise the new version of the Vietnamese passport. Only three - Germany, Spain, and the Czech Republic - temporarily haven’t recognised it due to some technical factors,” he emphasised.

To create favourable conditions for Vietnamese citizens to work, study, and travel abroad, the MPS and the Ministry of Foreign Affairs are working with partners of Germany, Spain, and the Czech Republic to deal with the technical issues, which Xo said will be handled “very early”.

He went on to say that the short-term solution is that the MPS will add the place of birth in the passport’s appendix. If necessary, holders of the new passport version can come to the MPS’s Immigration Department or Vietnam’s overseas representative agencies to add their places of birth in the appendix.

The MPS will coordinate with other ministries and sectors to consider relevant legal regulations to supplement the place of birth in the new passport version, according to the official.
VNA