The Eastern Land Cultural and Tourism – 2019 Welcoming Festival was a great success, leaving many beautiful impressions on locals as well as visitors. 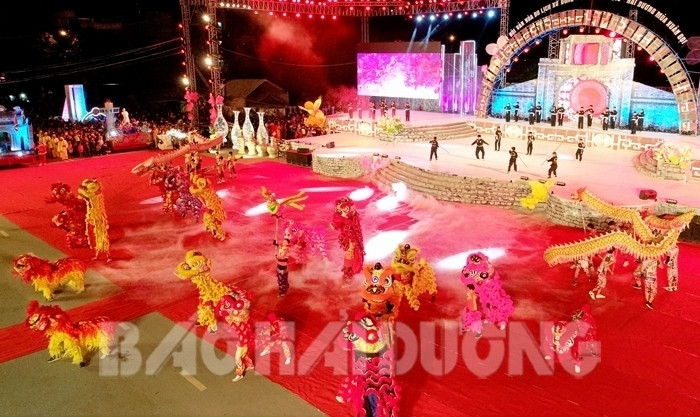 Special singing and dancing items take place at the same time on streets and a multi-tier and multi-dimensional stage, making the audience extremely excited
There were worries since the festival, with the carnaval "Hai Duong – Spring is calling" as the highlight, took place right at the time of rain and record cold in the past years.

Luckily, when the opening ceremony was held, the weather was clear and dry. The 7-8oC cold in a windy winter night insignificantly affected crowds of people flocking to Thong Nhat square to contemplate the biggest artistic show ever in Hai Duong.

Everyone was eager to live in a joyful and bustling atmosphere before the new year 2019.

Their expectation was requited with an imposing carnaval "Hai Duong – Spring is calling" with the participation of 2,000 Central, local, and international performers.

Under colorful and sparkling lights with magnificent and jubilant music, the actors and actresses vividly and continuously performed special singing and dancing items on streets and a multi-tier and multi-dimensional stage at the same time, making the audience extremely excited. 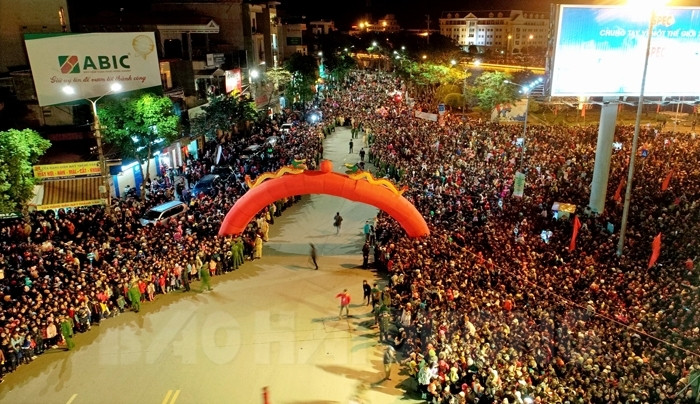 The carnaval "Hai Duong – Spring is calling" attracts numerous locals and visitors
"We hardly could take our eyes off the stage since items followed one another from the beginning to the end of the show. Hopefully, the festival will also be held in the following years," said Nguyen Van The from Tu Minh ward (Hai Duong city).

The singing and dancing items combined with specialized vehicles moving on streets to introduce celebrities, tourist attractions, etc. were a remarkable highlight of the carnaval.

"Previously, I only knew that Hai Duong is home to green bean cakes and Con Son – Kiep Bac relics. Only after having watched this show did I find out that your hometown has a lot of tourist attractions associated with celebrities and rich and attractive cuisine," said Nguyen Phuong Lan from Lang Son city.

In three days, there were also many activities bearing the cultural beauty of Hai Duong within the framework of the Eastern Land Cultural and Tourism – 2019 Welcoming Festival, such as a food festival, an exhibition of ornamental creatures, and booths displaying, introducing, and selling typical products in various fields. 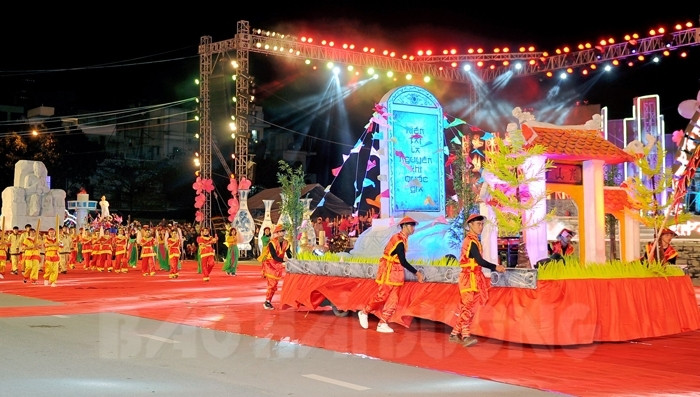 Parading along streets to introduce celebrities and tourist attractions of the province
Along with that were continuously-held musical and sport programs like cheo (traditional operetta), ca tru (ceremonial), and van (spiritual) singing, water puppetry performances, boat racing, hip hop and dancesport exchanges, etc. All of them brought interesting experiences about the beautiful and wealthy Eastern land with long-standing culture to the audience.

It can be said that the Eastern Land Cultural and Tourism – 2019 Welcoming Festival was a success. This is the result of great efforts of the Provincial People's Committee and relevant branches, units, and local authorities because the festival was held in a very short time.

It really converged and spread the best images and value of the land and people of Hai Duong.

The activities of the festival partly reflected comprehensive economic, cultural, and social achievements, introduced the potential and strengths of Hai Duong in agriculture, industry, tourism, and services, and contributed to honoring traditional cultural value. 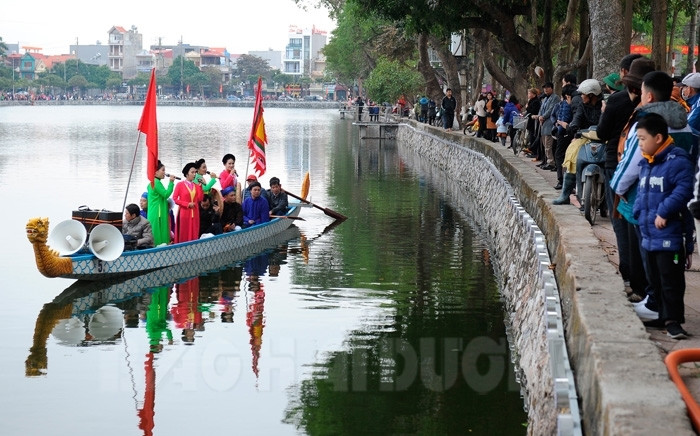 Singing cheo (traditional operetta) on the Sat river
Through the festival, people in the province and across the country further understood and loved the developing land and dynamic and hospitable people of Hai Duong with rich revolutionary traditions and cultural characteristics.

This is also a foundation for Hai Duong tourism to develop more in the time to come.

During the three-day festival, security, order, and traffic safety at the festival were always guaranteed.
TIEN MANH