Unemployment rate in urban areas almost doubles that in countryside

The unemployment rate among those aged 15 and above in Vietnam stood at 2.05 percent last year and the figure in urban areas is almost double that of rural areas, the 2019 population and housing census reveals. 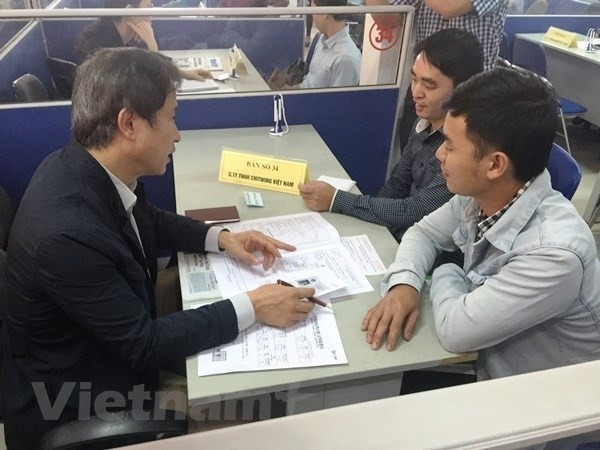 Job seekers are advised at a employment service centre. Photo: VNA
Results of the census, released by the General Statistics Office (GSO) recently, indicate that up to 65.57 percent of Vietnam’s population live in rural areas but the unemployment rate among people aged 15 and above there was only 1.64 percent (1.59 percent among men and 1.69 percent among women).

The southeast region had the highest rate of people aged 15 and above without jobs, at 2.65 percent, followed by the Mekong Delta with 2.42 percent and the north-central and central coastal regions with 2.14 percent each.

The lowest rates were recorded in the northern mid-land and mountainous region (1.2 percent) and the Tay Nguyen Central Highlands (1.5 percent).

People with post-graduate degrees had the lowest unemployment rate, at 1.06 percent, due to high demand for specialised skills.

Vu Thu Thuy, Director of the GSO’s Population and Labor Statistics Department, said differences in access to job information, specialised skills, and flexibility in job options could be causes behind these gaps.

Most Vietnamese will do anything they can to earn money to support themselves and their families, and this is why the unemployment rate in the country is lower than in many developed nations, she noted.

Explaining why unemployment was more common among people with higher education levels, experts said those with lower specialised skills are usually ready to do simple jobs at low salaries while those with higher levels often seek jobs with better salaries.