1.5 million jobs were generated domestically while 147,000 workers were sent to work abroad. 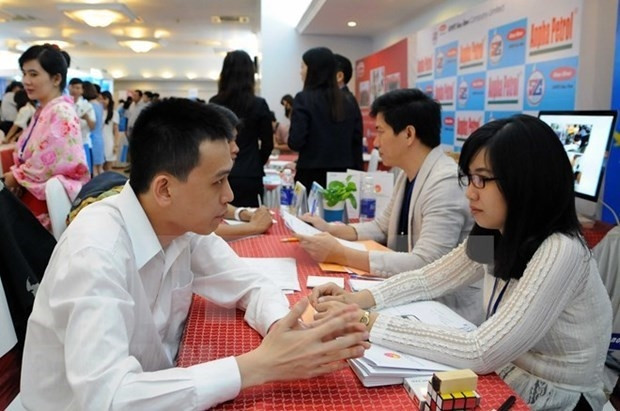 Illustrative photo (Photo: VNA)
More than 1.655 million jobs were created in 2019, reaching 103.5 percent of the yearly plan and equal to 100.4 percent of the figure of the previous year, according to the Ministry of Labor, Invalids and Social Affairs.

As many as 1.5 million jobs were generated domestically while 147,000 workers were sent to work abroad, raising the total number of guest workers over the recent four years to 550,000.

Speaking at the meeting reviewing labor tasks in 2019, Deputy Minister of Labor, Invalids and Social Affairs Le Tan Dung said that the ministry has completed 100 percent of plans and tasks assigned in the Government and the Prime Minister’s working programme.

Remarkably, the ministry has maintained and developed overseas labor markets and potential markets in Europe, signed a memorandum of understanding to bring special skilled laborers to Japan as well as launched policies to support overseas workers, recruit and train laborers from the Southwest region.