Hai Duong's Provincial Competitiveness Index (PCI) in 2017 failed to meet expectations since it ranked 49th out of 63 provinces and cities nationwide. 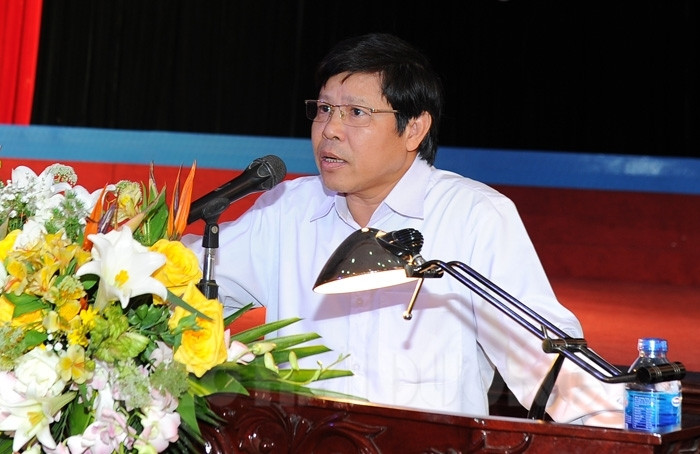 At the 1st dialogue between the provincial leaders and business community in 2018, the director of the Department of Natural Resources and Environment acknowledged delay in processing land procedures for Northern Dong Tam JSC. and asked representatives of the enterprise to directly call him if there were difficulties or obstacles

In order to stand among 30 provinces and cities with the highest PCIs across the country in 2018, authorities at all levels and relevant departments and sectors in Hai Duong must engage more drastically.

Last year, Hai Duong was one of 23 provinces and cities with medium-ranked PCIs and placed 21st in this group, only above Hau Giang and Ca Mau provinces.

Compared to the PCI of other provinces and cities in this group, that of Hai Duong was at a moderate level.

In terms of geography, the PCI of Hai Duong was also very modest compared to that of provinces with similarities in terrain and socio-economic development conditions.

Among 11 provinces and cities in the Hong river delta, Hai Duong's PCI stood at the 10th position, only above Hung Yen (by 1.27 points).

Among the provinces and cities in the Hong river delta, Hai Duong had higher PCI points than two provinces.

It means that in 2017, according to regional, national, and ranking group criteria, Hai Duong's PCI plummeted.

In 2017, the score of four out of 10 PCI sub-indexes of Hai Duong fell, namely Entry Costs, Transparency, Policy Bias, and Proactivity of Provincial Leadership.

This shows that the improvement of Hai Duong's PCI was ineffective. Some measures for heightening of the sub-indexes receiving lower points in the previous year were effective but unsustainable. 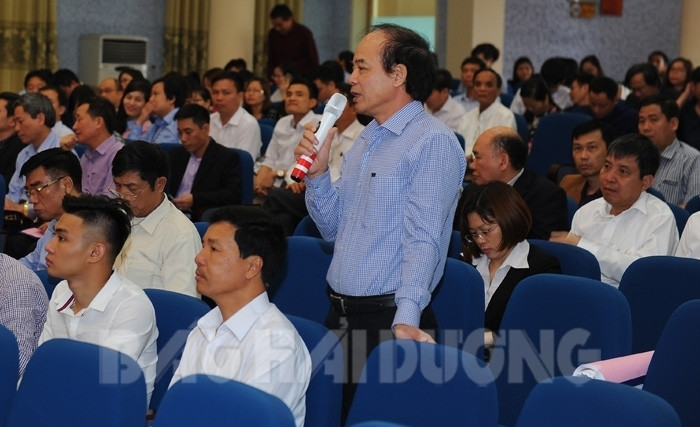 At the 1st dialogue between the provincial leaders and business community in 2018, a representative of Cong Hoa Industrial Zone Investment and Development JSC. (Chi Linh) said it was difficult to attract investment because of a long-standing dumping ground next to the industrial zone

Hai Duong's PCI in 2017 was 2.41 points higher than in 2016 but fell up to 13 places. This indicates positive changes in the provincial investment and business environment and greater trust of the business community in all-level authorities' administration. However, compared to other provinces and cities, PCI improvement in Hai Duong was still slow.

On March 15, a report of the provincial PCI Working Team on PCI improvement in 2017 pointed out many limitations in improving the provincial investment environment.

Many agencies and units issued plans and action programs to realize the PCI Improvement Project, Resolutions 35 and 19, and a commitment between the VCCI and the provincial People's Committee without specific and drastic direction of implementation, thus failing to create a strong change in the perception of officials and public servants.

Administrative reform, especially administrative procedure reform, was limited. Personnel streamlining and official rotation at many agencies were not seriously done, resulting in neither positive effect for those working well nor warning and handling of those working badly.

To achieve the 2018 PCI goal, departments, sectors, and People's Committees at district, provincial town, and city levels should consider the improvement of the business and investment environment and the PCI as a key and urgent task of the units and localities and work out specific and synchronous measures for execution.

Most important are cadre work and the use of competent, virtuous, enterprising, and responsible officials. Officials having weaknesses, shortcomings, or bad reputations and causing difficulties for enterprises and people should resolutely be replaced.

Work assignment must be transparent with one organization or one person taking the main responsibility for one job.

Many provinces with high PCIs have applied initiatives to improve the investment and business environment. Bac Ninh Province has a set of indicators to assess the competitiveness of departments, sectors, and district People's Committees. In Dong Thap Province, entrepreneur coffee activities are chaired by the Office of the provincial People's Committee. In Can Tho, on every Monday morning, directors of departments and sectors do not hold meetings but spend time contacting and removing difficulties for businesses.

In the current context, the improvement of Hai Duong's investment and business environment and PCI is under great pressure. The province must drastically take synchronous measures in order to achieve the set target.
LAN NGUYEN