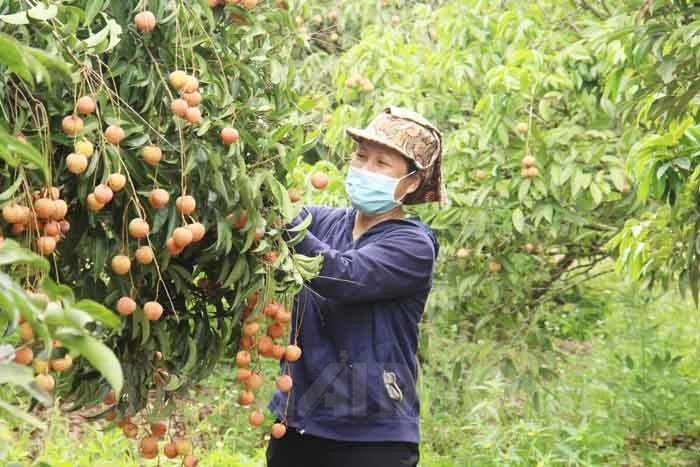 When he was young, Com ate delicious lychees at a party with foreigners in Hai Phong. He took three seeds home and germinated them in his garden. The three seeds sprouted but then, two trees died, only one tree has survived for neary 200 years.

Thanks to the alluvium deposited by many rivers, the soil in Thanh Ha is suitable for lychee trees to grow well, bringing about rare and precious fruits only this region has. 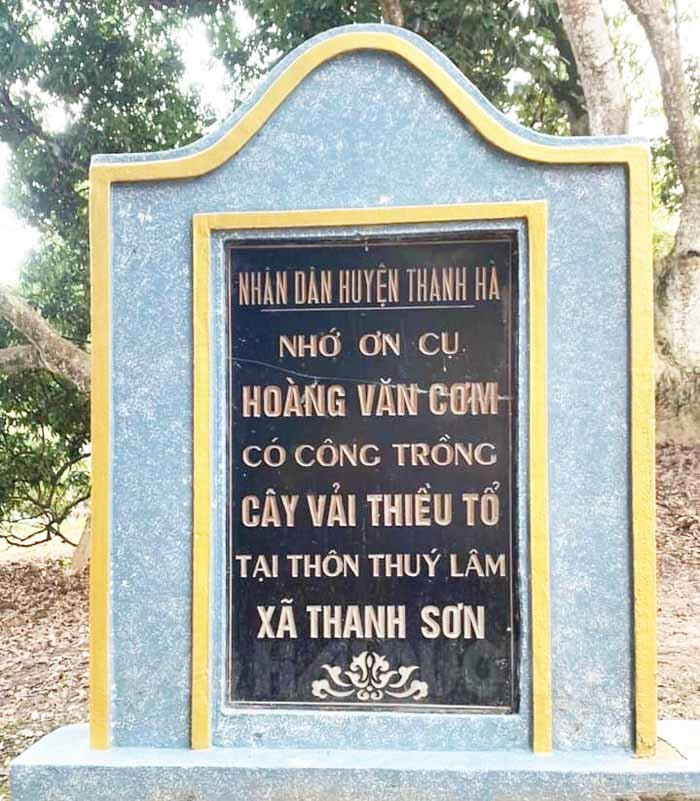 Specificallly, in the 1950s and 1960s, Thanh Ha thieu lychee trees accompanied Nguyen Duc Tru, a native of Hai Duong, to Luc Ngan to start a business. At present, in the temple of Hoang Van Com in Thuy Lam hamlet, there remains a hanging of Bac Giang’s Luc Ngan people in a formal position with the words: “The people of all ethnic groups in Luc Ngan district are grateful to Hoang Van Com – the ancestor of thieu lychee.”

Thanh Ha thieu lychee was granted a "Geographical Indication" certificate by the Ministry of Science and Technology in 2007; included in the "Top 50 prestigious and quality products" selected by the Central Committee of the Vietnam Standards and Consumers Association in 2012, "Top 10 prestigious and quality products" and "Quintessence of specialties of three regions" in 2013 and 2014; honored with "Golden brand" and "Impressive logo and slogan" awards in 2015; and awarded a "Safe and credible food brand" certificate by the Vietnam Food Safety Association in 2016.

In the same year, the ancestral lychee tree in Thanh Ha was recognized as the oldest thieu lychee tree by the Vietnam Record Association.

In 2018, Thanh Ha thieu lychee was stuck with a traceability stamp.

Aside from the domestic market, Thanh Ha thieu lychees are being favorably sold in fastidious markets like Japan, the US, Australia, Singapore, and Thailand.

Thus, consumers should learn carefully so as not to confuse main-crop Thanh Ha thieu lychee with tau lai lychee and equate the quality and appearance of different lychee varieties because of incorrect information on the internet, affecting the brand name of Thanh Ha thieu lychee that Thanh Ha lychee growers have built for a long time.
MINH NGUYET