Though this year’s bumper crop is at a disadvantage because of Covid-19, Hai Duong lychee has still been sold favorably for stable prices thanks to new methods. 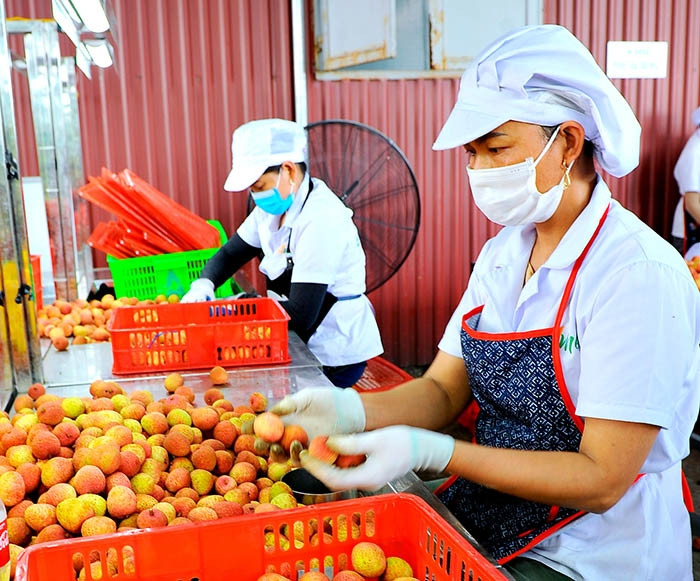 Thanks to proactive building of material regions and active innovation of fresh lychee preliminary processing and preserving technology, despite obstacles in transport because of the Covid-19 epidemic, businesses did not fall behind when accelerating export.

From the beginning of the crop to May 30, 10 businesses in and outside the province exported nearly 100 tons of lychee to such fastidious markets as Japan, Singapore, and Australia. It was just half of the way, but this figure far exceeded the initial calculations of the enterprises.

According to Nguyen Khac Tien, Chairman of the Board of Directors of Ameii Vietnam JSC., previously, to have lychee meeting export standards, the unit had to strenuously survey cultivation regions, take samples for testing, collect and choose lychee. Because it bought a lot but could export only a little, the firm was very cautious. But now, these stages have been shortened, and the quality of Hai Duong lychee is guaranteed with many cultivation regions meeting GlobalGAP standard.

“We have contracted for lychee export with 10 countries and are negotiating with six others. This year, our company feels completely secure about the appearance and quality of both early and thieu lychee. On the other hand, thanks to mastery of fumigation technique, export will be much more favorable in the coming days,” added Tien.

Three chambers for fumigation of fresh lychee to be exported to Japan belonging to Ameii Vietnam JSC. and Red Dragon Co., Ltd. have been officially licensed and confirmed to meet import requirements by Japan.

Since May 29, fresh lychee of the province to be exported to Japan has been fumigated on the spot instead of being transported to the Plant Protection Agency for fumigation like in the past. The maximum capacity of the three fumigation chambers is 50 tons/day.

From May 23 to 30, 5 – 7 tons of fresh lychee of Hai Duong were exported to Japan each day. The licensed fumigation chambers in the province have created conditions for enterprises to increase the quantity of lychee exported to this market in the coming days.

This is the first year lychee of Thanh Hong commune, Thanh Ha district, has been exported directly to Japan. The locality has more than 220 ha, mostly u trung and u hong lychee.

In the previous years, locals sold lychee to traders for precarious prices. However, this crop, businesses have come to gardens to regularly buy 5 tons/day at prices 15 – 20% higher than the common one.

“With businesses’ concomitance, lychee is rarely degraded, and farmers no longer have to struggle to find buyers like before.

“This crop, only more than 50 ha of lychee in the commune cultivated under international standards for businesses to buy and export. I believe that in the next years, lychee growing households in the locality will not need to be propagandized but be self-conscious about methodical cultivation for lychee to achieve the highest economic value.” 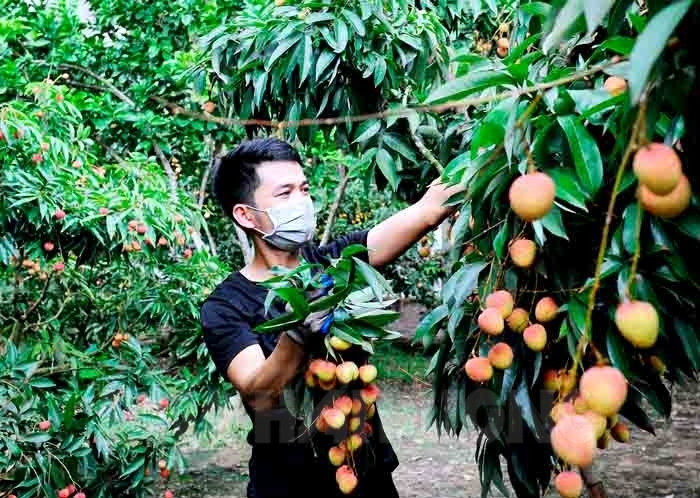 According to its initial plan, Sen Do Technology JSC. would sell 12 tons of Thanh Ha lychee on Sendo.vn e-commerce platform from May 24 to 27. The enterprise’s original goal was to help customers in two big cities of Ha Noi and Ho Chi Minh access specialty agricultural products of Hai Duong, but the result far exceeded the expectation.

Since the official selling day, “Thanh Ha lychee” keyword has always been in the top searches on Sendo. More than 1 ton of lychee is sold every hour through this e-commerce platform.

To meet customers’ demands, the enterprise has decided to extend the program to the end of the lychee crop.

“It is rare for fresh agricultural products sold online to be as attractive as Thanh Ha lychee,” said Nguyen Quang Thuat, deputy director-general of the company.

“From this satisfactory result, our company will do analyses and develop a long-term strategy to help Thanh Ha lychee be favorably sold through online selling channels in the next crops.”

Hai Duong lychee is also attractive to customers on other e-commerce sites like Lazada, Voso, and Postmart. Both providers and online retail distributors are committed to minimize costs and even willingly do non-profit business for consumers to use good products at reasonable prices.

At present, there is much difference in the selling price of Hai Duong lychee on platforms, from VND18,000 – 89,000/kg depending on the customer segments the units approach and time slots.

Selling lychee through e-commerce platforms not only diversifies product consumption channels in the context of the Covid-19 epidemic but also is a measure to narrow the gap between producers and consumers on the basis of digital transformation.

According to Nguyen Thi Minh Thuy, Director of the Center for Information Technology Application under the Trade Promotion Agency of the Ministry of Industry and Trade, the amount of lychee sold through online selling sites is very small compared to the total yield of Hai Duong lychee but has created a great communication effect, attracting the attention of customers. This is also the fastest way for farmers to access information technology and consider it an effective tool supporting traceability, building customers’ trust.