Overcoming difficulties caused by Covid-19, this year's lychee crop is gradually ending with many good imprints in cultivation and consumption. 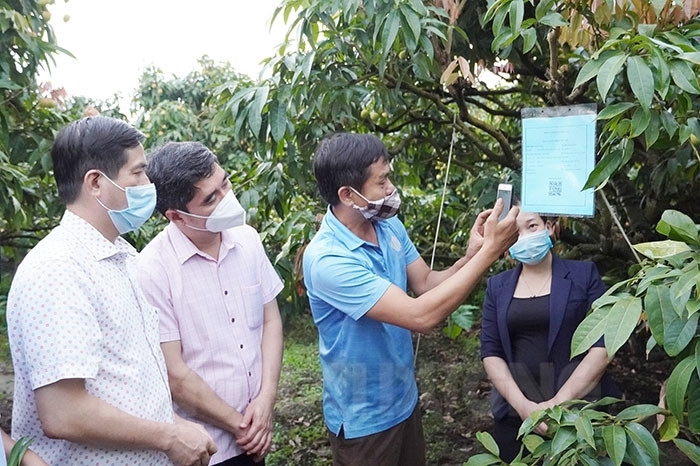 Last year, the province cautiously built small-scale export lychee regions to both work and listen out for signals from the market.

This year, though facing great challenges in transport and circulation because of Covid-19, Hai Duong was still determined to expand international-standard lychee regions to 500 ha, an increase of 280 ha over the previous year.

Specialized agencies and local authorities both drastically directed production to satisfy strict conditions and actively made connections and step by step removed bottlenecks in lychee consumption.

According to a leader of the Department of Agriculture and Rural Development, from actual production and signals from the markets, the agricultural sector recommended building material regions for export.

All production stages were closely monitored and complied with GlobalGAP process. As a result, the provincial lychees met strict requirements of fastidious markets.

The difficulties caused by Covid-19 prompted farmers and businesses to exploit new lychee selling channels. Apart from traditional selling ways, the province's specialty has been offered on prestigious domestic and international trading floors for the first time.

This direction not only stimulated consumption in the complicated epidemic situation but also contributed to effectively propagandizing the brand of Hai Duong lychee.

Having standard materials, businesses proactively improved their capability of preliminarily processing and packaging lychees for export; therefore, this year saw the highest-ever amount of lychees exported to major and fastidious markets like Japan, Australia, the US, and the EU, about 5,000 tons. Japan, one of the most fastidious markets, alone imported nearly 1,000 tons of fresh lychees of Hai Duong compared to only 40 tons last year.

By June 16, lychees in the province had been basically harvested with a yield of around 55,000 tons. 60% of the production was consumed in China, and the rest was for domestic consumption and export to fastidious countries. 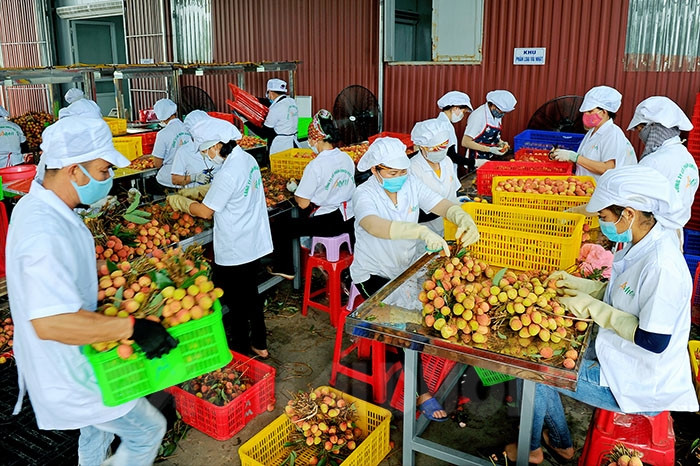 Hai Duong lychees are favorably consumed in many market segments
This lychee crop not only was a victory when the bottlenecks caused by Covid-19 were removed but also marked changes in the mindset of cultivating and selling lychee in particular and the province's agricultural products in general. Lychee growers are gradually innovating to meet the requirements of modern agriculture.

In this lychee crop, it was not difficult to see lychee growers use smartphones to update their electronic production diaries and interact with customers through online selling platforms.

Disadvantages in direct selling because of the complicated epidemic motivated farmers to access technology. Hence, the distance between producers and consumers has gradually narrowed, and there are more solutions to the consumption of Hai Duong lychees.

Though the amount of lychees managed with traceability stamps for export and online selling is insignificant, it has opened up a new promising direction for the province's specialties.

Hai Duong's lychee trees have been being planned for concentrated cultivation following VietGAP and GlobalGAP standards. Lychee growers have gradually eradicated the thinking of running after quantity and abusing chemicals but paid attention to safe production by using microbial tending products.

This crop, all lychee samples in export regions had qualified test results with more than 800 indicators of residues of active elements for plant protection zero or within the allowable threshold. Therefore, Hai Duong lychees created a fever on e-commerce platforms and in fastidious markets though prices were always high. Clean production not only heightens lychee value but also sustainably maintains benefits from this specialty tree.

According to Vice Chairman of the provincial People's Committee Tran Van Quan, lychee cultivation in Hai Duong is developing towards green growth and digital transformation.

Even though the field often applies modern technology later, Hai Duong's agriculture has quickly caught up with new trends in accordance with the economic development perspective set at the 17th provincial Party Congress for the 2020 – 2025 tenure.

Lychees will pave the way for other agricultural products of the province to remove barriers in production and consumption that have existed for a long time.
DUNG CUONG