Overcoming many difficulties and shortages, Hai Duong players have made high achievements at many domestic tournaments and gradually become a "power" of Vietnamese tennis. 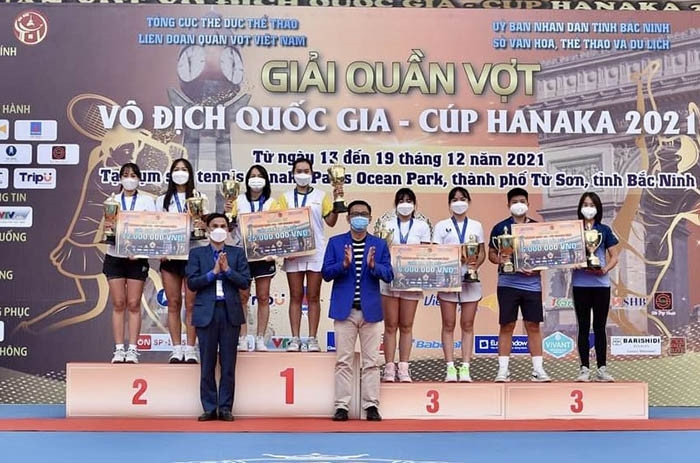 Despite hardships, the players have never skipped exercises or failed to accomplish lesson plans set by coach Nguyen Xuan Luc, even the youngest member who is only 8 years old.

The tennis team is one of the youngest ones of the Hai Duong Sport Training and Competition Center as it was established in 2010, just a short time before aerobic and boxing teams. The team now has 12 players, consisting of 6 men and 6 women.

Sports, including tennis, are generally facing many difficulties; nevertheless, coaches and players do not stop trying. The team has four grandmasters, but only two of them are paid salary, and the remaining 10 players are only given eating expenses.

Practicing this sport is inherently very costly and much more expensive than many other sports, especially court and equipment rents. To maintain training, coaches have to buy strings at basis prices to personally replace those of players' rackets instead of hiring for 50,000 VND each time. Practice balls are reused from old ones at Ha Hai tennis court to reduce costs...

The tennis team is also having a hard time finding the next generation of players. In case of table tennis or some other popular sports, coaches base themselves on achievements or tournaments for selection, which cannot be applied to tennis since there are very few tournaments each year, so it is difficult to detect talents. To have the next generation, coaches must choose players based on hunches and then bring them back for training. 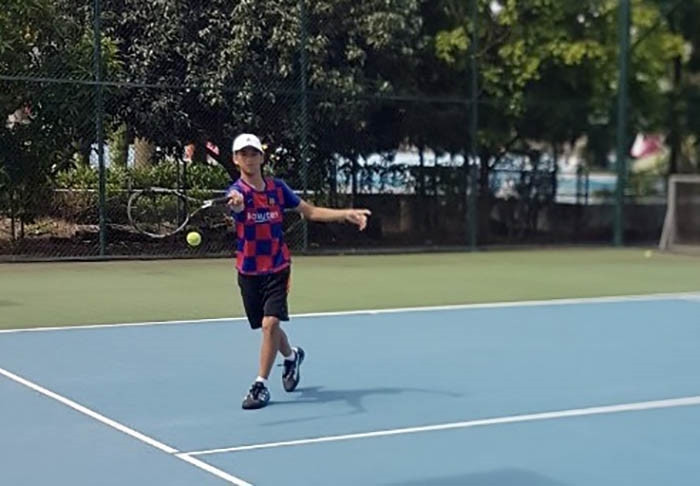 Regardless of hot weather, the Hai Duong tennis team still practices twice a day from Monday to Saturday
Dang Thi Hanh, born in 1998 in Thanh Ha, is the oldest player of the current Hai Duong tennis team. This is a player of the first generation with the most achievements in the team with U16 and U18 women's doubles and singles championships, two team silver medals, three women's doubles silver medals, and two bronze medals at the national championship.

In the women's singles semifinal of the 2016 national championship in Hai Duong, Dang Thi Hanh defeated her rival after 4 hours and 53 minutes.

In a team quarterfinal of the national championship, including two singles and one doubles matches, she played in 9 – 18 hours with only two 45-minute breaks.

"Despite difficulties, the Hai Duong tennis team is fully capable of wining a high place. In the past four years, Hai Duong has eight times advanced to the finals of the national championship or equivalent tournaments and only lost to traditional and strongly-invested teams like Tay Ninh, Ho Chi Minh city, and Ha Noi," said coach Nguyen Xuan Luc.

"Regarding the position of women's tennis in Vietnam today, Hai Duong, Ho Chi Minh city, and the Army are strong teams. In the North, Ha Noi is dominant in men's tennis, while Hai Duong must be counted concerning women's tennis."

At the upcoming 9th National Games, the team will strive to win a silver medal in the women's team or women's doubles.
TIEN HUY