Woodblocks of the Nguyen dynasty are the first documentary heritage of Vietnam included in the Memory of the World Program by the UNESCO. Skillful Hai Duong artisans contributed to carving the woodblocks. 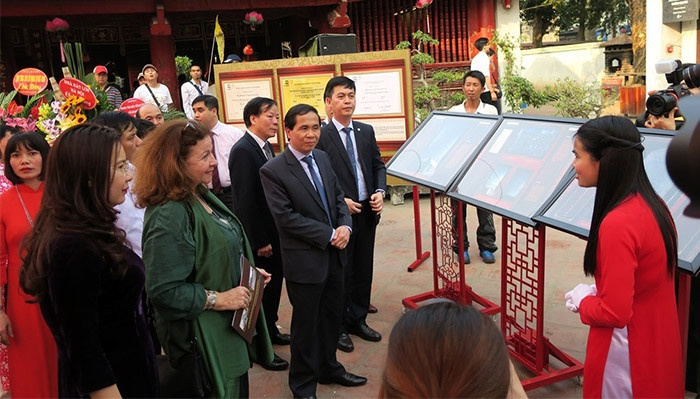 Introducing woodblocks of the Nguyen dynasty at the exhibition "Vietnam's feudal exams through world documentary heritage"
According to research results, it is hypothesized that woodblocks first appeared in Vietnam in Luy Lau (now Thuan Thanh, Bac Ninh) in the 1st century. However, not until the 15th century, under the Le dynasty, did woodblock carving and printing really develop in Vietnam.

It began with Academician Luong Nhu Hoc learning woodblock carving and printing techniques from his trips to China during the Ming dynasty as the king’s envoy and transmitting them to people in Hong Luc and Lieu Trang villages, Gia Phuc district, now Tan Hung ward, Hai Duong city.

Hong Luc and Lieu Trang were two famous block carving villages of the country under feudalism. Luong Nhu Hoc was honored as the printing founder of the villages.

Continuing the tradition taught by the printing founder, from generation to generation, skillful artisans in Hai Duong formed many book and carving guilds.

Under the Nguyen dynasty, to make this special document, the National Historiographer’s Office had to select skillful carvers from all over the country. 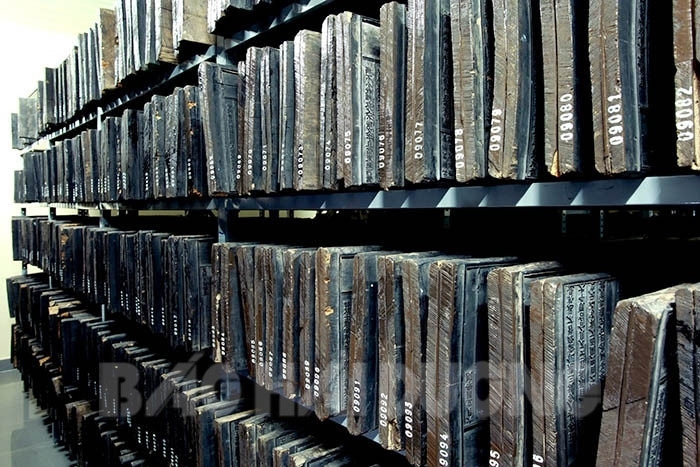 The woodblock preservation warehouse at the National Archives Center IV
According to the woodblocks of the continuation of the book Kham Dinh Dai Nam Hoi Dien Su Le (Compendium of Institutions and Administrative Cases of Dai Nam Established by Imperial Order), the majority of skillful carvers under the Nguyen dynasty were from Bac Ky, among them, Hai Duong artisans accounted for the most number with the best skills.

After the establishment of Hai Hoc Duong, more and more duong appeared for book engraving and printing.

To date, the documentary heritage of woodblocks of the Nguyen dynasty has really become a royal treasure greatly contributing to the transmission of invaluable historical treasures for future generations to learn about the origin and development history of the Vietnamese nation.
CAO QUANG