Together with Con Son – Kiep Bac relic site, Thanh Mai pagoda of Hai Duong is an inseparable link in Yen Tu relic and landscape complex, which is associated with the birth and development of Truc Lam Buddhism. 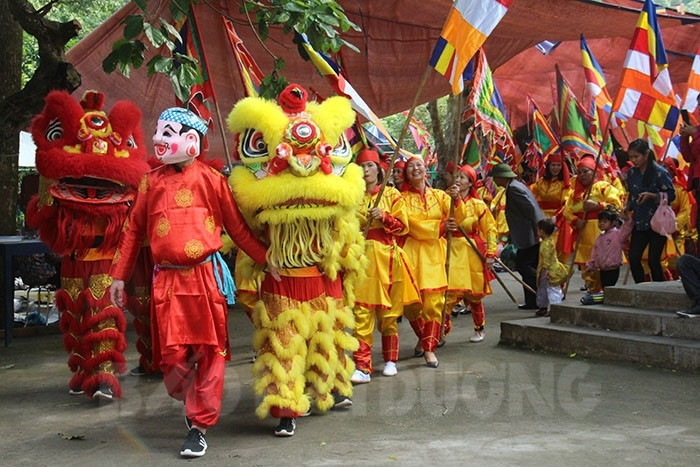 Historical materials plus archaeological excavations show that the pagoda was constructed on a large scale in the Tran dynasty. The pagoda still preserves a precious treasure in the Truc Lam Buddhism heritage system, namely Thanh Mai Vien Thong Thap Bi (stele). Carved in 1362, the stele is one of a few original materials showing the biography, career, and religious practicing process of 2nd patriarch Phap Loa.

Realizing that Kien Cuong could reach the peak of the Way, King Tran let Phap Loa follow him to learn the religion and renamed him Hy Lai, meaning the one who brings joy.

Hy Lai was smart, studious, and enthusiastic about Buddhism; therefore, only one year later, he was awarded precious objects by King Tran at Ky Lan monastery in Chi Linh.

In 1307, he was given the right to inherit the cause of Truc Lam Zen, thereby becoming the second patriarch of the Zen.

In 1330, Pham Loa fell ill and returned to Quynh Lam monastery in Dong Trieu for recuperation. There, he handed over the precious objects to Huyen Quang, the 3rd patriarch of Truc Lam Zen.

Phap Loa passed away at Quynh Lam monastery on the night of March 3, 1330. According to his will, his relics were placed in Vien Thong Bao Thap (tower) behind Thanh Mai pagoda. 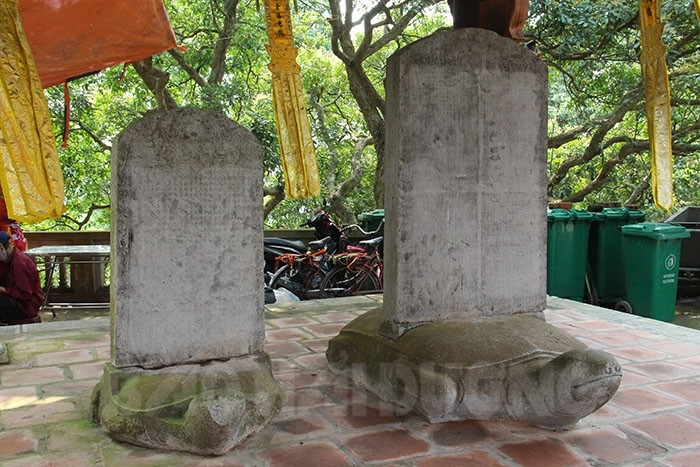 A system of stone stelae is kept at Thanh Mai pagoda, in which Vien Thong Thap Bi has been recognized as a national treasure

Despite a short life, Phap Loa had a great career. He trained a generation of excellent students, raised thousands of monks and nuns, cast thousands of large and small statues, and built hundreds of pagodas and towers, typically religious centers such as pagodas Yen Tu, Con Son, Thanh Mai, Quynh Lam, etc.

He also inherited and developed Truc Lam Zen to its peak by spending a lot of time preaching, having many statuary paintings drawn and scriptures engraved and printed, etc.

Apart from the contents about 2nd patriarch Phap Loa's life and career, the stele also provides information about politics, religion, land, and construction time of major religious works at that time. Therefore, researchers assess that Vien Thong Thap Bi is not only the soul of Thanh Mai pagoda but also a treasure containing and conveying messages about the nation's history, culture, and art in the Tran dynasty.

Regarding the geographical position which can still be recognized nowadays, Thanh Mai pagoda is located on the backbone axis of the Buddhism practice and development path of Truc Lam Zen in the route from Yen Tu to Quang Ninh, Hai Duong, and Bac Giang. From there, Truc Lam Zen has developed and spread throughout the country.

With such typical and remarkable values, Thanh Mai pagoda deserves to be included in a dossier for recognition of Yen Tu relic and landscape complex as part of world heritage.