Players Nguyen Duc Tuan and Nguyen Anh Tu are representatives of Vietnam booking tickets to the semifinals in men's singles.

Player Nguyen Duc Tuan wins three matches in a row in the group stage of men's singles, including an important victory over experienced Filipino player Richard Gonzales
They are the last two hopes of winning golds for Vietnam in table tennis at this year's SEA Games. 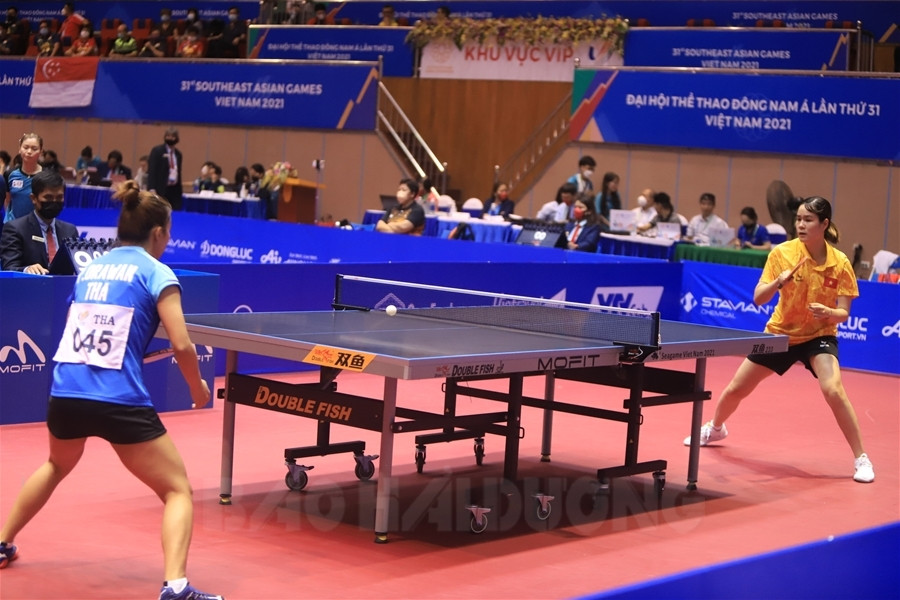 Nguyen Thi Nga (yellow shirt) wins only one of three group stage matches in women's singles and does not have any chance to go further
As expected, Duc Tuan had a leisurely match when easily defeating Soeung Tola from Cambodia 3-0 (11-6, 11-2, and 11-9). Thus, the Vietnamese player officially earned a berth in the semifinals after having won all three matches in the group stage.

Besides, it was not unexpected that the two female players of the Vietnamese team could not make any surprise as both losing 0-3 to two Thai players who were rated higher. Tran Mai Ngoc was beaten by Suthasini Sawettabut (3-11, 8-11, and 5-11), and Nguyen Thi Nga was defeated by Orawan Paranang (6-11, 13-15, and 9-11). 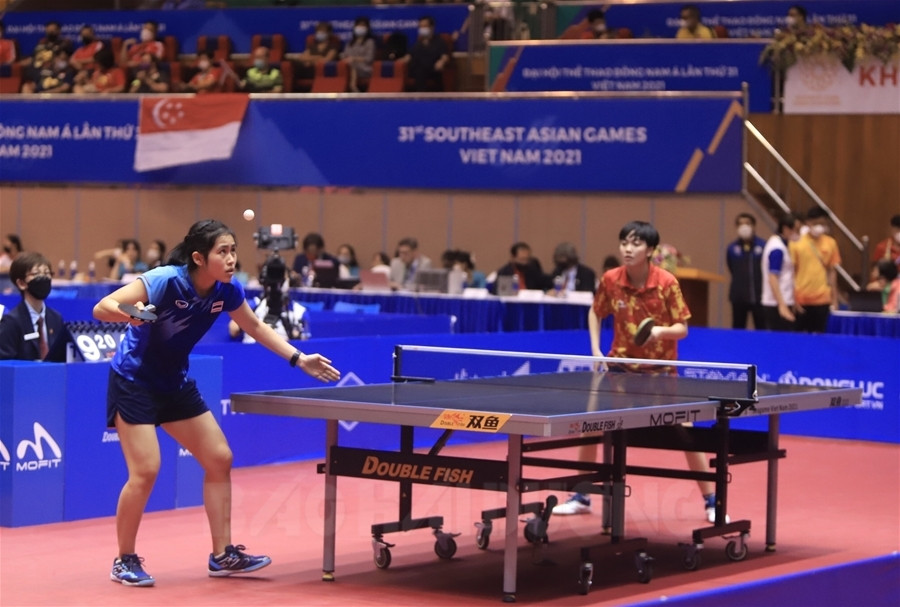 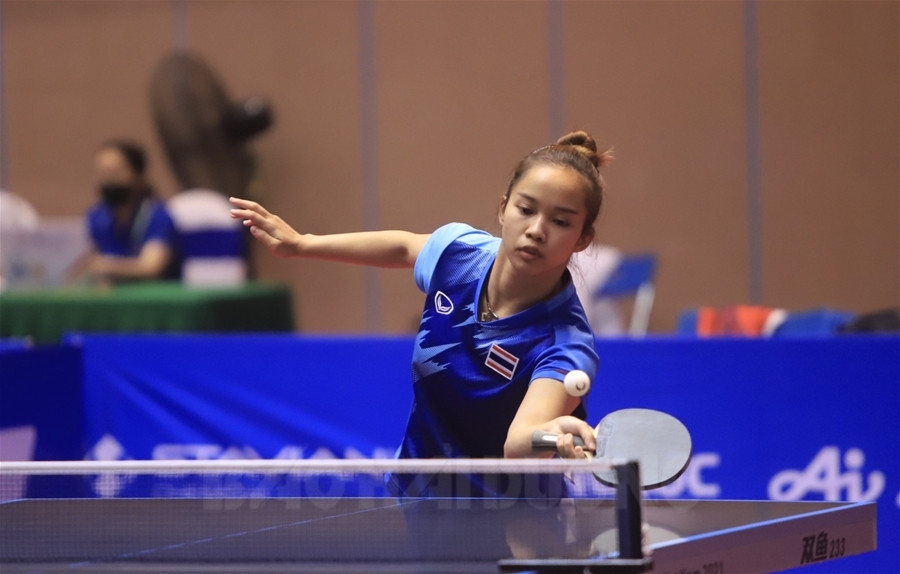 The semifinals and finals in men's and women's singles and the closing ceremony of the 31st SEA Games table tennis event are scheduled for today (May 20).
TIEN MANH