Leong Chee Feng has attended the SEA Games three times. The men's team silver medal at the 31st SEA Games is the best achievement Feng has ever made. 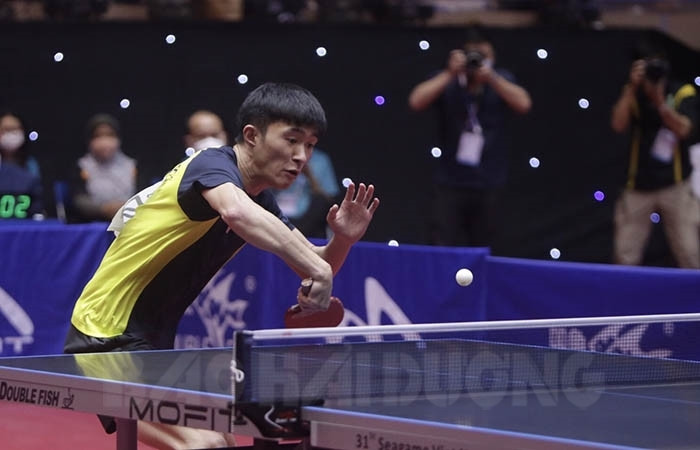 This year, the Malaysian team were not highly rated for their ability to win a medal in the men's team category. However, they made a big surprise when ruling out Vietnam in the semifinal and only stopped before Thailand in the final. A big contributor to this surprise is Leong Chee Feng.

Though being led 1-0 when competing with Duc Tuan in the semifinal, Leong Chee Feng still calmly and confidently played and finally won 3-2.

Entering the match against Anh Tu under the pressure of thousands of spectators from the host country, the Malaysian player still kept his composure.

After the 4th set, the two players tied 2-2. In the decisive 5th set, Leong Chee Feng was soon led by Anh Tu up to 5-0. To many other players, it is difficult to turn the tables with such far lead. Furthermore, his opponent was Anh Tu – an experienced player at the SEA Games arena. 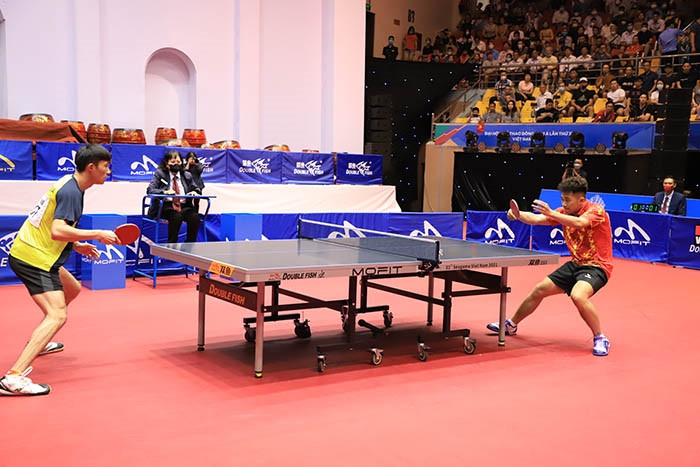 Leong Chee Feng (left) beats both Vietnam's main players, Duc Tuan and Anh Tu, in the men's team category
But somehow, Leong Chee Feng scored six points in a row to get ahead. The two players struggled in the next serves. Anh Tu then seemed to be mentally affected, while Leong Chee Feng was confident in each hit to win 12-10. Malaysia secured a 3-1 victory and Vietnam was eliminated.

Leong Chee Feng was overjoyed, ran around the table, threw his racket aside, and then lay on the floor holding his face and sobbing. His teammates rushed into the field to hug Feng - the hero of Malaysian table tennis at this year's SEA Games.

"Nothing can describe my happiness," the player briefly answered when asked about his feelings after winning Vietnam.

Leong Chee Feng was born in 1998 and has attended the SEA Games three times so far. The men's team silver medal at the 31st SEA Games is the best achievement Feng has ever made.

In the men's team category, Leong Chee Feng was Malaysia's main player in matches against Singapore, the Philippines, Vietnam, and Thailand. Before losing 1-3 to Padasak in the final, the player won all matches in the group stage and semifinals.

Coach Lee Wei hopes that with his current performance, Leong Chee Feng will continue to make surprises in men's singles. Even without good results in this category, this will still be a successful and memorable SEA Games to Feng.
TIEN MANH