International searches for tourism in Vietnam remain high, according to the Vietnam National Tourism Administration (VNAT) under the Ministry of Culture, Sports and Tourism. 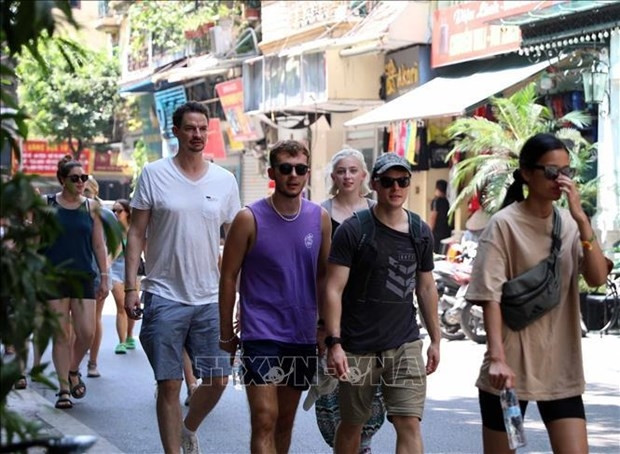 According to VNAT, in the first 11 months of this year, Vietnam attracted 2.95 million international tourists, 21.1 times higher than the figure in the same period last year. Visitors from the Republic of Korea were still the largest of the total number with 26%, followed by US tourists at 9%.

Vietnam is targeting 5 million foreign tourists this year. To achieve this goal, the sector has made great efforts to promote the image of the country and the people, as well as to diversify its tourism products and services.

A delegation led by VNAT General Director Nguyen Trung Khanh recently participated in the 2022 World Travel Market London (WTM) in the UK. This was the first international tourism fair that Vietnam's tourism sector has participated in after the COVID-19 pandemic.

Attending the event contributed to conveying the message that Vietnam is safe, friendly, attractive, fully opened to tourism and is ready to welcome and provide complete experiences for tourists from all over the world.

Within the framework of the event, the VNAT delegation met and worked with international partners such as BBC, New7Wonders, and Warner Bros. Discovery Sports, discussing their coordination to promote Vietnam's tourism image.

Earlier, the 2022 Vietnam Tourism and Culture Festival was held in Seoul and Gwangju in the Republic of Korea (RoK) from October 13-19 on the occasion of the 30th founding anniversary of bilateral diplomatic relations. The event aimed to popularise Vietnam as a leading destination in the region.
VNA