Eight days of the 31st SEA Games table tennis competitions and side activities in Hai Duong left a lot of emotions in domestic and international visitors. 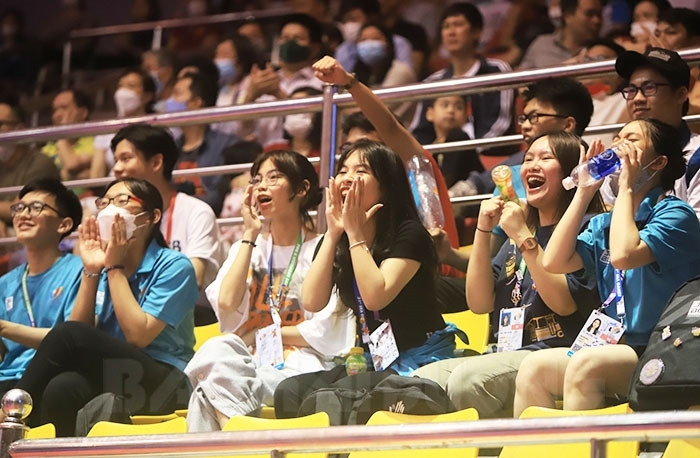 Professionally, this year's SEA Games table tennis recorded a strong rise of young players, who were direct rivals of Vietnamese players, such as those from Singapore, Malaysia, and Thailand.

Before the SEA Games, the Indonesian table tennis team suddenly withdrew; however, the 31st SEA Games still featured the participation of teams that did not have the table tennis playing tradition and had financial difficulties, including Cambodia, Laos, and the Philippines. Among them, Cambodia – the host of the 32nd SEA Games – competed in most categories.

During the event in Hai Duong, organization was methodically, seriously, and thoughtfully done.

In seven days of competitions with three time frames, the provincial Gymnasium welcomed about 25,200 turns of fans, the largest-ever number of spectators there.

To contribute to the overall success of the tournament, the provincial Police mobilized thousands of officers from security forces, traffic, mobile, and fire prevention and fighting police to engage in leading delegations, ensuring security and order, etc.

Arbitration was closely and methodically organized. Referees from Southeast Asian countries managed the tournament fairly and objectively without any complaints about the results of matches. 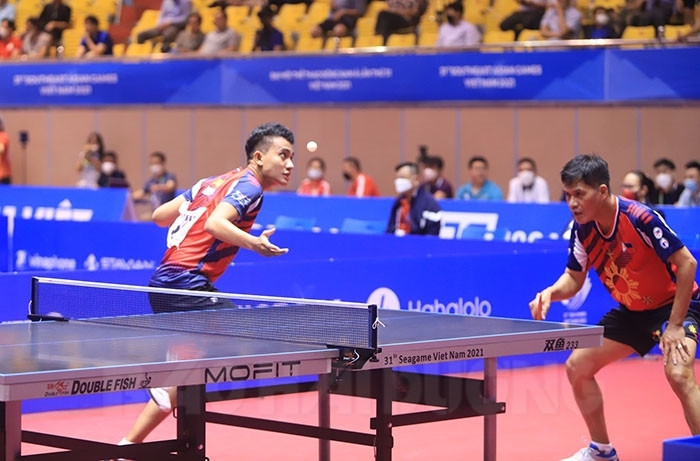 All matches are absolutely safe without any unfortunate incidents
Volunteers also greatly contributed to the success of the tournament by interpreting and answering questions of international players.

The Press Center was spaciously arranged and fully equipped for domestic and international reporters.

There were nearly 10 reporters from Singapore, Malaysia and Thailand during matches. All of them were provided with all favorable conditions to work both in the field and outside the Gymnasium.

During the eight days of the 31st SEA Games in Hai Duong, side activities were also densely held and left a lot of emotions in domestic and international visitors.

Through everything, the 31st SEA Games in Hai Duong ended with many emotions. "You guys are very friendly and hospitable. Hai Duong has many beautiful sites and delicious food. I will come back to Vietnam and Hai Duong," said Oranwa, a beautiful Thai female player, the owner of three gold medals in women's team, women's doubles, and women's singles when mentioning the organization of the SEA Games in Hai Duong.

Hai Duong did all it could to contribute to the overall success of the 31st SEA Games.
TIEN HUY