Concert to be held to celebrate Vietnam-US ties

A concert celebrating 20 years of diplomatic relations between Vietnam and the US will take place at the Ha Noi Opera Theatre on October 7, according to the Vietnam National Symphony Orchestra (VNSO). 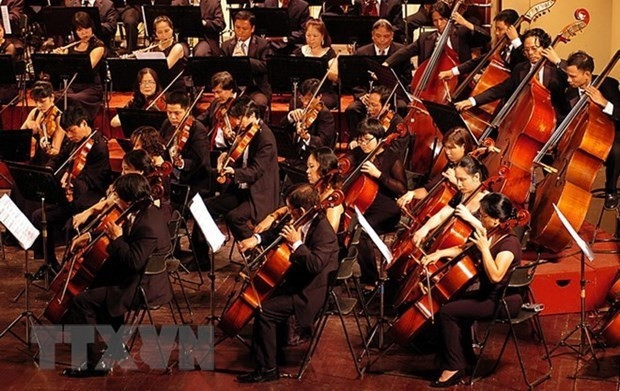 Illustrative image. Photo: VNA
The event will see the performance of Vietnamese-American classical pianist Nguyen Quynh who will present a new work by American composer Paul Chihara written exclusive for her.

Paul Chihara was the founder and chairman of the UCLA Visual Media graduate programme, which is devoted to training composers for film, Broadway musicals, and/or the concert stage.

The Ha Noi-born Nguyen Quynh studied piano since she was four years old. Quynh currently serves on the faculty of Hunter College and International Keyboard Institute and Festival in New York city. She has performed extensively throughout the United States and Europe, including Hungary, Germany, Switzerland, Austria and France.
VNA