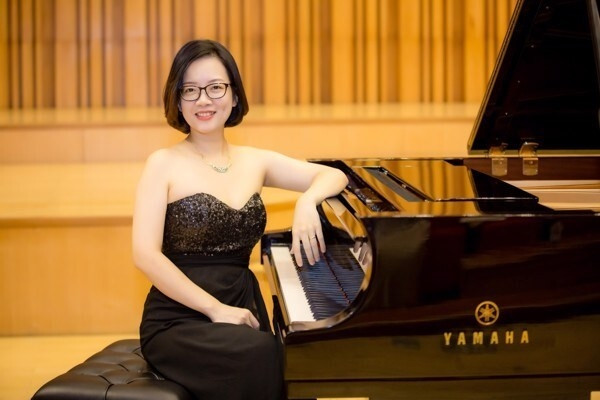 Classic love melodies that showcase the culture and history of the Spanish people will be performed during the show, and organisers hope this will give the audience a deeper appreciation for the country's artistic heritage.

They also disclosed that Pablo Galdo would recreate the voyage to uncover the features of the areas around the Mediterranean via the well-known musical Suite Espanola No.1, Opt.47 composed by Isaac Albeniz.

Guitarist Vu Duc Hien will perform his own arrangement of the Vietnamese folk song 'Beo dat may troi' as well as a presentation based on the music of Spanish composer Francisco Tarrega, 'Caprichio Arabe.'

The concert's centrepiece will be a performance of 'Ma Mere l'Oye' (Mother Goose) by Maurice Ravel, performed on the piano by Pablo Galdo and Tran Thi Tam Ngoc.

This performance, featuring two pianists from Vietnam and Spain, will highlight the two countries' friendship and partnership, Ngoc said.

As the concert approaches, Ngoc also revealed her feelings of excitement and pride.

She said: "It is an honour to represent the Vietnam National Academy of Music at this national event. For me, one of the most thrilling things would be to perform with the artist Pablo Galdo. After a long pause due to the pandemic, I am hopeful that the show will garner attention and be a memorable evening."

She is a frequent performer in major theatres in the US, Sweden, Thailand, Singapore, China, the Republic of Korea, Singapore, Vietnam, and China.

Ngoc is an active member of the music community, taking part not just in solo performances but also in a variety of ensemble settings. She is an integral part of the modern ensemble Hanoi New Music Ensemble and performs often with the piano duo May. 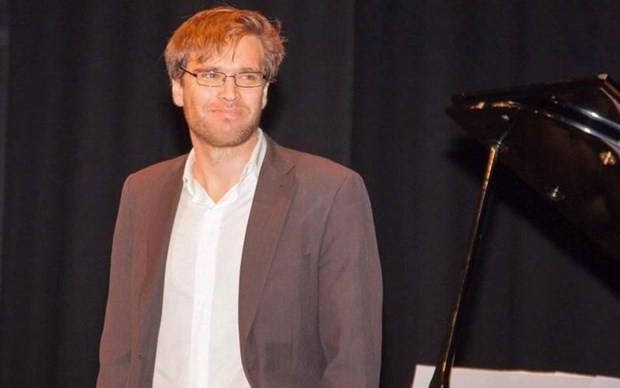 Artist Pablo Galdo (Photo courtesy of the Spanish Embassy)
Among musicians, Pablo Galdo stands out for his exceptional skill and depth of expression on the stage.

With Galdo and the Vietnamese artists performing legendary compositions, the show promises to entertain the audience with a night of music filled with passion.

The concert will be held at the Grand Concert Hall of the Vietnam National Academy of Music on September 30 at 8 pm. Tickets may be purchased at 77 Hao Nam, Dong Da district, Ha Noi, or by dialing 038-661-0815 to reach the organiser's hotline.
VNA