Vietnam beat Malaysia 2-0 and advanced to the quarterfinals of the U23 Asian Cup, as in the other game of Group C, Thailand lost 0-1 to the Republic of Korea (RoK). 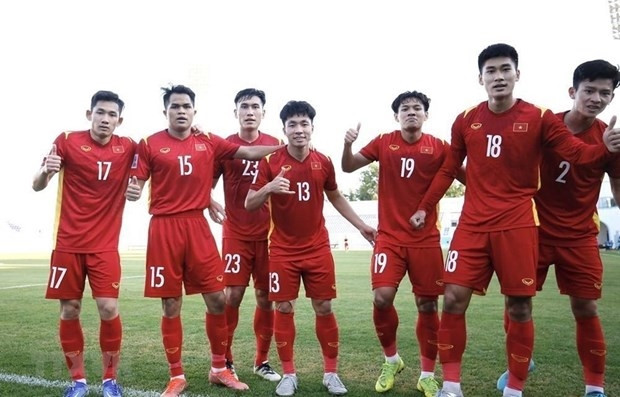 In the 7th minute, Vietnamese goalkeeper Quan Van Chuan cleared the ball at the edge of the box and the ball found Quentin Cheng, who tried to finish quickly but he missed the goal.

Two minutes later, Nham Manh Dung received the ball from midfield and noticed that keeper Firdaus Irman went a bit far from goal. Dung finished right away but it went out.

In the 23rd minute, it was Manh Dung again, this time with a finish from the left flank, but keeper Irman blocked the shot.

Three minutes later, the ball found Dung Quang Nho after Manh Dung's pass, but the midfielder rocketed it over the bar.

In the 29th minute, Nguyen Thanh Nhan crossed from the left flank for Manh Dung, who got a powerful header to defeat keeper Irman and opened the scoring for Vietnam.

Just one minute later, Aiman Afif took a shot from long distance, but it went high for Malaysia.

In the 32nd minute, Manh Dung got another chance to score but his shot lacked power. The ball seemed to cross the line although keeper Irman caught it. However, the sideline referee said it was not a goal. 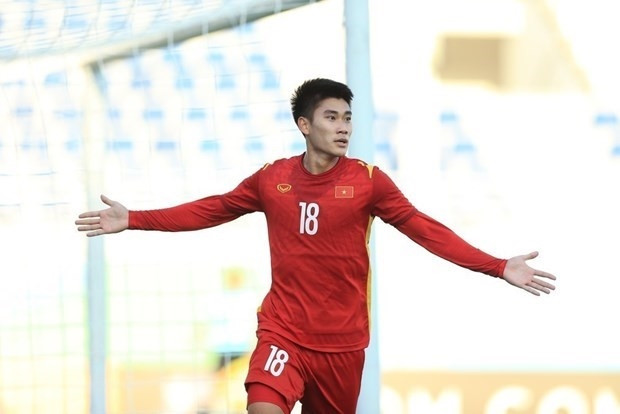 In the 40th minute, Manh Dung got another scoring chance from another header but it didn't hit the target.

In the last minute of the first half, Quang Nho received a pass inside the box and dribbled past Hairiey Hakim. The ball seemed to have hit the arm of the Hakim. After five minutes of reviewing the play on VAR, the referee gave Vietnam a penalty and Hakim a red card. Malaysia were down to 10 men.

Captain Bui Hoang Viet Anh took the penalty for Vietnam. Keeper Irman was able to block it the first time but couldn't save Viet Anh's second finish after that. The referee also blew the whistle to end the first half after the goal.

Entering the second half, as usual, Vietnam pushed forward right after the whistle.

In the 60th minute, Nguyen Van Truong tried his luck with a shot from 30 m and it still lacked a bit of accuracy.

Three minutes later, Thanh Nhan passed from the left flank inside to Nguyen Van Tung, whose shot hit the post.

Van Tung tried to volley in the 70th minute and it found Quang Nho, who took another shot, but it stayed off target.

A rare chance for Malaysia in the 76th minute when Quentin Cheng's header was close to a goal.

With this win, Vietnam ranked second in Group C with five points and secured a berth in the quarterfinals while the RoK came first.

Vietnam will play the first-placed team of Group D in the quarterfinals.
VNA