The 31st Southeast Asian Games (SEA Games 31) wrapped up with a ceremony imbued with Vietnam’s cultural identity at the Ha Noi Indoor Games Gymnasium on May 23 evening. 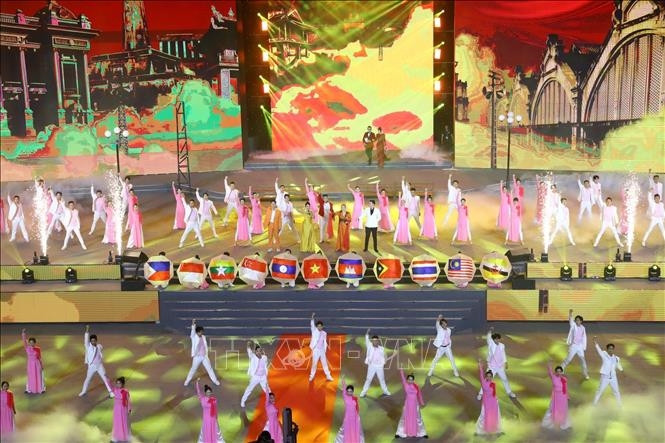 Special performances at the closing ceremony looked to leave unforgettable impression on international friends and demonstrate Vietnam as a country deeply imbued with its traditional identity and intensively integrating into the world.

At the closing ceremony, the host flag was handed over to Cambodian representatives. After that, artists from Cambodia had a performance of “Cambodia Welcoming and Blessing” to introduce their country, people and culture. 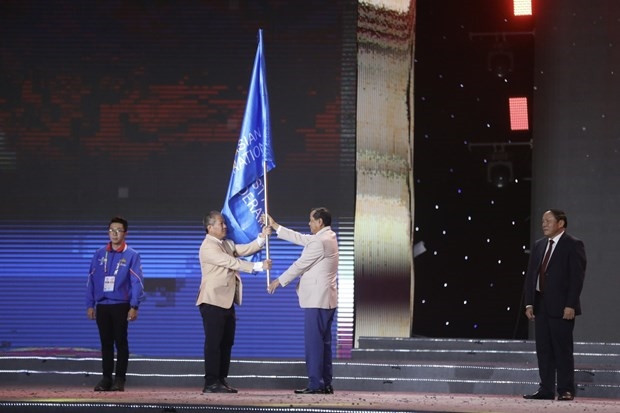 The SEA Games host flag is handed over to Cambodia, where the next Games will take place in 2023 (Photo: VNA)
With 40 sports, SEA Games 31 took place in Ha Noi and 11 nearby localities.