As well as watching the region's best athletes battle it out, visitors to Hai Duong province for the 31st SEA Games also have the chance to visit Thanh Ha lychee gardens. 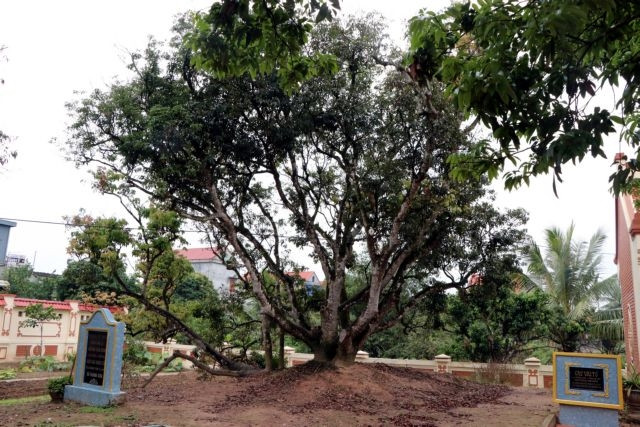 Located in the Red River Delta, Thanh Ha district has a reputation for the best quality Thanh Ha thieu lychees. The fruit tree areas in the district lure tourists from near and far.

Not to be missed is the “ancestral” 19th-century lychee tree in Thuy Lam hamlet of Thanh Son commune. The tree is recognised by the Vietnam Book of Records as the oldest of its species in Vietnam.

The tree was planted over 150 years ago by Hoang Van Com (born in 1848) who specialised in fruit trading. In 1870, at a party with the Chinese in the northern Hai Phong city, he ate delicious lychees, so he brought some seeds to his home and planted them in his garden.

The seeds all grew well thanks to suitable soil and climate, and one of them is still alive today. It is the oldest such tree in the country and produces delicious fruit.

From the precious lychee trees, Com extracted the branches to clone in the home garden and gave them to people inside and outside his region.

The main crop of lychee is normally only in June. But the local people are creative in prolonging the harvest season by grafting branches and producing equally-tasty early fruit from May.

There is around 7,000 ha of fruit trees, including more than 3,300 ha of lychee, in Thanh Ha district. As well as lychee, many other fruits like guava, banana and pomelo help the district form and boost ecotourism.

In 2020, the district lured nearly 20,000 turns of visitors to fruit tree areas, mainly lychee ones.

The true lychee of Thanh Ha is small and slightly lumpy. When ripe, the fruit is red-pink in colour, with small black-brown seeds. Some have no seeds, though the pulp is always white, thick and sweet.

Apart from the lychee gardens, people can experience other activities such as contemplating the beauty of nature, fishing for fun on the banks of the rivers and Dao Co Chi Lang Nam - one of the most popular ecotourism spots in Hai Duong province.

Dao Co (Stork Island) is a must-see place that people should not be missed when they visit Hai Duong province. 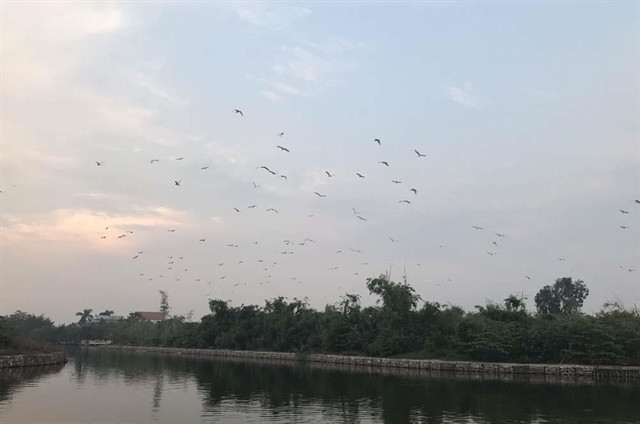 Early morning and late afternoon are the best time to see storks in Dao Co
Located in the heart of An Duong lake in Chi Lang Nam commune, Thanh Mien district, about 30km south of Hai Duong province centre, the island is a home to different kinds of storks and birds.

The island emerged in the middle of the lake after big floods, according to local people. Over time, the storks and birds living on the island became an attractive eco-tourism destination.

Going to Dao Co, people will experience a moment of living with nature and discovering the world of storks most vividly and authentically.

It takes a whole day to visit the lake. Going in a large group, people can go by canoe so as not to disturb the life and activities of the storks. If the group is smaller, they can take a pedalo around the lake and discover the amazing nature of the place by themselves.

It will be interesting and exciting for the people to watch the storks fly to find food early in the morning and return to the nest in the late afternoon. At that time, the stork's wings cause a commotion in the quiet countryside.

There is also accommodation at the lakeside for the people who want to stay the night. They will have the chance to observe their behaviour and habitat, as well as how to make nests.

Dao Co is a scenic spot with beautiful nature and stork species. The people will enjoy storks and bird watching and they will be also more or less the smell of bird droppings.
VNS