Photos and documents on Vietnam’s Hoang Sa (Paracel) and Truong Sa (Spratly) archipelagoes are now on display in the northern province of Bac Giang. 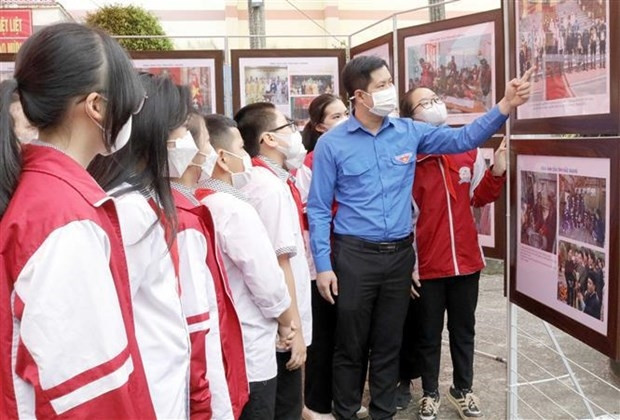 On show are 80 images and 42 exhibits themed ‘Hoang Sa, Truong Sa belong to Vietnam: historical and legal evidence’ presented by the Ministry of Information and Communications, together with 180 photos featuring ethnic and religious groups, and mementos of Bac Giang’s soldiers and civilians during wartime.

They affirm Vietnam’s sovereignty over the two archipelagoes and highlight history and cultural identity of ethnic groups and Bac Giang province in particular, as well as contributions of the groups and religions in national construction and protection.

Deputy Director of the provincial Department of Culture, Sports, and Tourism Nguyen Sy Cam said the event is hoped to enhance patriotism among youths.

The exhibition will run until the end of May.
VNA