The Organizing Board of the 9th Hai Duong provincial Games held a meeting on August 9 afternoon to review the organization of the games opening ceremony. 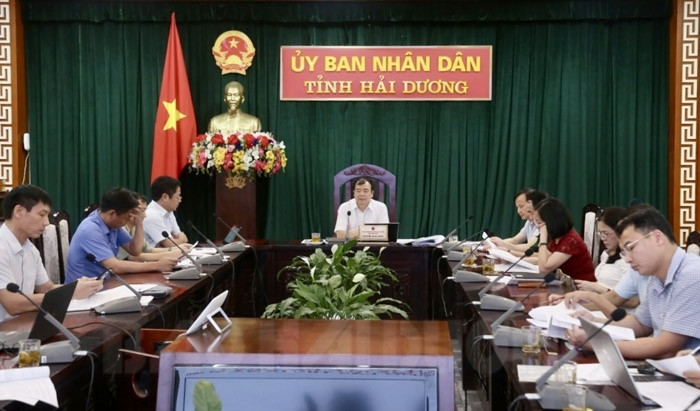 Local authorities should care about propaganda and promotion of this event.

The provincial police should coordinate with Hai Duong city authorities to work out a traffic division plan to avoid congestion.

This is an important event, so collectives and each individual were asked to show a sense of responsibility and enthusiasm for the opening ceremony to occur impressively and safely.

According to representatives of sub-boards, to date, practice for the opening ceremony has basically been completed as planned.

The script for the festive part of the ceremony was written based on the sport spirit "Solidarity - Honesty - Nobility" in association with the theme "Hai Duong - Aspiration to rise".

Specialized divisions have focused on propagandizing the opening ceremony along main roads and at gateways in Hai Duong city, along Ha Noi – Hai Phong expressway, etc.

24 parade groups (including 12 groups of athletes from districts, cities, and the provincial town) are urgently practicing and preparing for the rehearsal.

The opening ceremony of the 9th provincial Games is to take place on August 13 evening at the square of the Xu Dong Culture Center in Hai Duong city.

This will be an open-air opening ceremony of the biggest-ever Games of Hai Duong province.
TIEN HUY