Arriving in Hanoi in the hot summer, a lot of Hanoians will recommend you to go straight to Trang Tien street to get an ice cream. 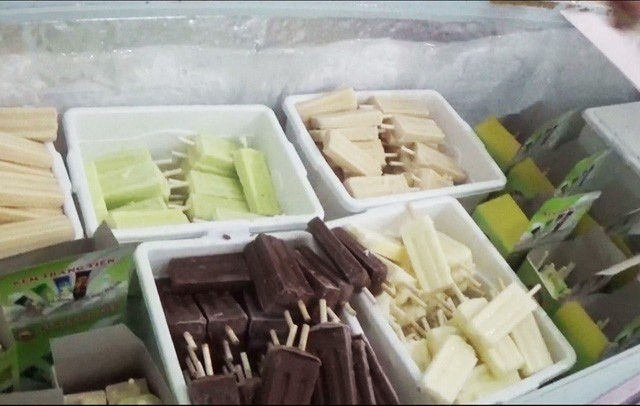 Trang Tien ice cream came into being in 1958 after peace returned to Vietnam in 1954 from the first Indochinese. It was a landmark for local people because since that time they had only ever had the availability of expensive ice cream, recalled Hanoian Nguyen Thi Dao, 75.

The ice cream is not simply loved by people but it’s also a unique symbol closely connected to the collective memory of Hanoians, she said.

“I will never forget the flavours of Trang Tien ice cream such as com (green rice flakes), dau xanh (green bean), and sua dua (coconut juice and  milk). They helped to create a trade mark that is alive until now,” she said, noting that its not only enjoyed by her, but also by children, workers, State employees and the elderly.

Despite things having changed over the years – 35 Trang Tien is now surrounded by shops selling ice cream from the US, Italy and other countries – the way to buy a Trang Tien ice cream is still unchanged: people stand in line as they did in the subsidised economic periods, Dao recalled.

Compared with the past, Trang Tien now sells various varieties of ice cream, but Dao said she likes cinnamon ice cream cones, and the coconut and milk ice cream. The sweet flavour of the ice cream mixed with the crisp of the cone is an excellent combination, she said.

“I often have a passionate feeling that is hard to describe when I eat it,” said Dao, adding that compared with other ice creams, the affordable prices of the Trang Tien one – between 7,000 VND and 8,000 VND each – lure masses of people, including foreign visitors. 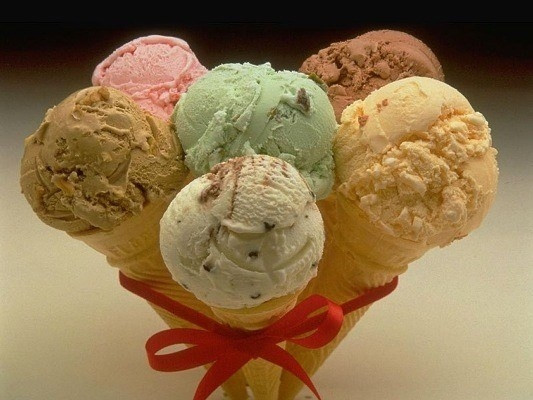 Ice cream cones are among the most delicious on offer (Photo: VNA)
One of the producers for Trang Tien ice cream, Le Thanh Hoa, said her company uses traditional materials with charming favours such as com from Vong village on the outskirts of the city, pure green bean powder, condensed milk from Vinamilk and imported ingredients such as cocoa powder and milk powder from New Zealand.

“By applying handicraft production without using preservatives, our products are always tasty because they are fresh, with characteristic flavours. It is the secret keeps our product selling well, even in the winter,” Hoa said.

Ho Hong Lam, 35, from Ho Chi Minh City, said he travels to Hanoi on business twice a year, and despite being very busy, he always tries to visit 35 Tràng Tiền to enjoy an ice cream there.

“In the past I asked my father why it carried the name Trang Tien, my father said the ice cream was produced on the street of the same name in downtown Hanoi. I still remember when I first enjoyed an ice lolly there more than 30 years ago. It bewitched me with its fragrant cooling of my tongue as I licked it bit by bit with an aim to prolong my craving and interest."

“In the past, my parents were very poor so they only brought us to Trang Tien a few times a year to buy us such ice creams, nowadays my cousin’s children can eat them as much as possible,” said Lam.

He noted that the ice cream here is not only tasty and fragrant but still ensures food hygiene with an affordable price.

“I like waiting in the line for an ice lolly,” said Lam.
Vietnam+