Together with those having been put into operation, Hai Duong is actively building six industrial parks (IP), including three expanded ones.

Gia Loc IP infrastructure building and trading project covers a total area of 197.74 ha, including 174.46 ha to be recovered and cleared. The district authorities have basically finished compensation and site clearance support for 111.86 ha and are reviewing the origin of the remaining area.

Gia Loc district authorities are endeavoring to have basically cleared and handed over land to the investor by the end of December 2022 for project implementation.

Of the six new and expanded IPs, two expanded ones are located in Cam Giang district. To date, 113 ha of land in the expanded Tan Truong IP have basically been cleared. 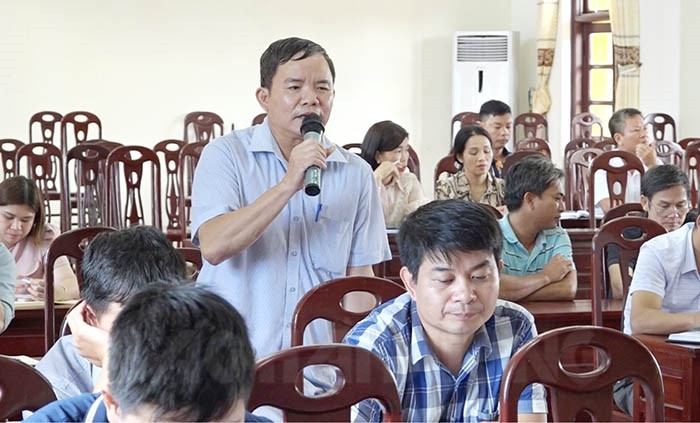 Cam Giang district authorities hold a dialogue with people and businesses related to phase 2 of the expanded Dai An industrial park
Nam Sach district authorities have actively implemented and so far basically finished site clearance for An Phat 1 IP. This is the first of five districts having new and expanded IP projects to have finished land recovery.

The infrastructure investor, An Phat High-tech Industrial Park No.1 JSC., is realizing the project. It is expected that the IP will welcome secondary investors coming for production and business from the 2nd quarter of 2023.

Over the past time, leaders of the province have held many meetings and dialogues with enterprises, especially foreign ones, showing the province's special interest in attracting investment.

Besides, the provincial authorities are also building many key traffic projects to further facilitate the transport of goods.

At the meetings, all enterprises highly appreciated the provincial investment environment and the potential of the new IPs under construction. Many businesses suggested investment in secondary projects in these IPs.

To seize this "golden" opportunity, the authorities of the localities to have the new IPs should further accelerate site clearance to help investors soon complete infrastructure to attract investment.
DO QUYET