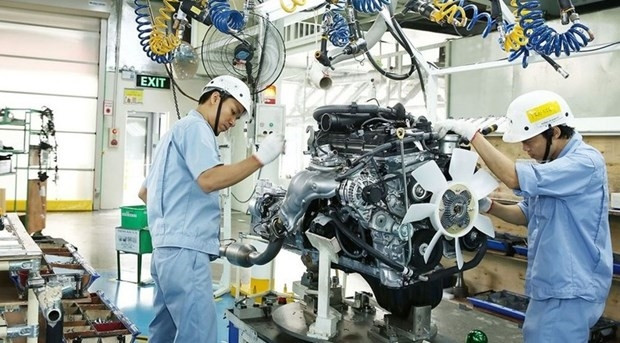 Illustrative image (Photo: VNA)
According to the Foreign Investment Agency under the Ministry of Planning and Investment, there are currently 34,898 valid FDI projects worth 426.14 billion USD in Vietnam.

In the first half of this year, the country lured 16.03 billion USD in FDI, of which the sector accounted for 8.84 billion USD, or 63% of the total.

The sector has been attractive to the world’s major groups such as Samsung, LG, Canon, Honda, and Toyota, reflected through their continuous expansion of investment in Vietnam. 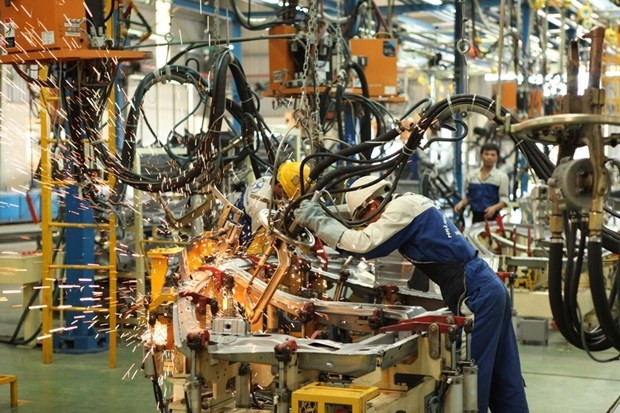 Illustrative image (Photo: VNA)
Notably, the Republic of Korea (RoK)’s Samsung Group, which was officially licensed to invest in Vietnam with the Samsung Electronics Vietnam factory in Bac Ninh province, has expanded their operations to other localities, including Ha Noi, Thai Nguyen province, and Ho Chi Minh city.

To make FDI projects in the sector effective, economists are advising Vietnam to be stricter in selecting projects to attract those with good financial potential, less labour intensive, and bringing about high added value.
VNA