Leaders of the province pledged to create conditions to promote the flow of South Korean FDI into the province. 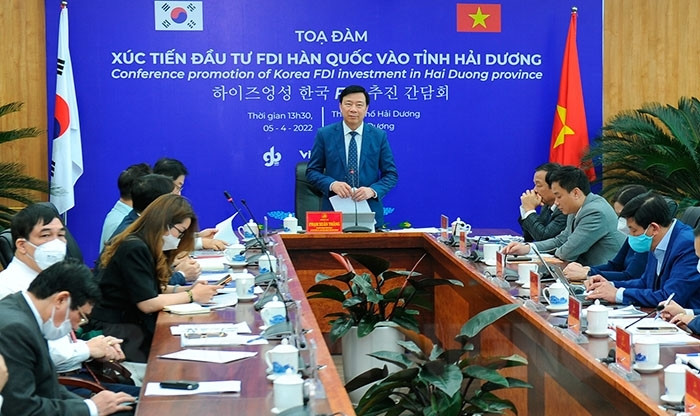 The conference was held in person and connected online with leaders of the Investment Promotion Center, the Foreign Investment Agency under the Ministry of Planning and Investment and 36 enterprises in South Korea.

At the event, Deputy Director of the Department of Planning and Investment Nguyen Duy Hung briefed the attraction of foreign investment in the province. 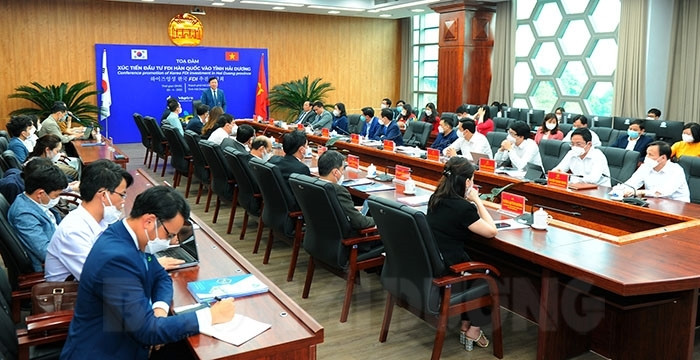 A view of the conference
Nguyen Thi Thuy Hang, Deputy Head of the provincial Industrial Zones (IZ) Authority, introduced the actual development and policies to lure investment to IZs in Hai Duong for the South Korean investors to have an overview shaping the potential and strengths of investment in the province.

According to Hang, preferential and support policies are applied to investment projects in IZs in the locality in line with general regulations of the State. 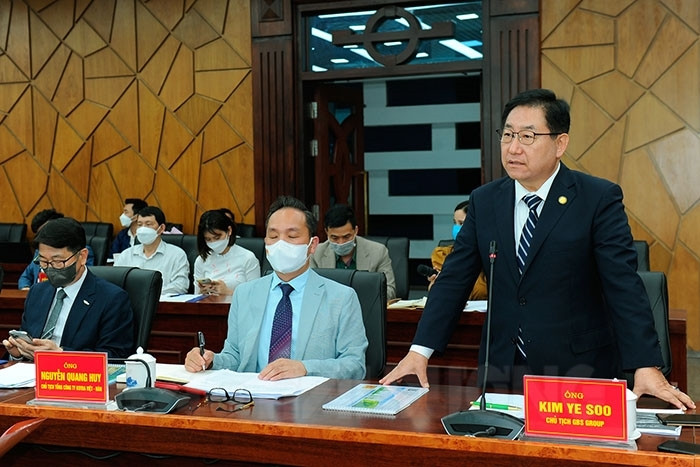 Director-general of GBS Group Kim Se Yoo speaks at the conference
At the conference, the South Korean businesses frankly exchanged views and asked the provincial authorities to answer questions as well as provide information to have orientation for investment in Hai Duong.

Hang said Hai Duong had a young population of nearly 2 million people, including 1.1 million in the working age.

Thanks to the attraction of foreign investment right from the beginning, Hai Duong workers have the advantage of industrial working style. 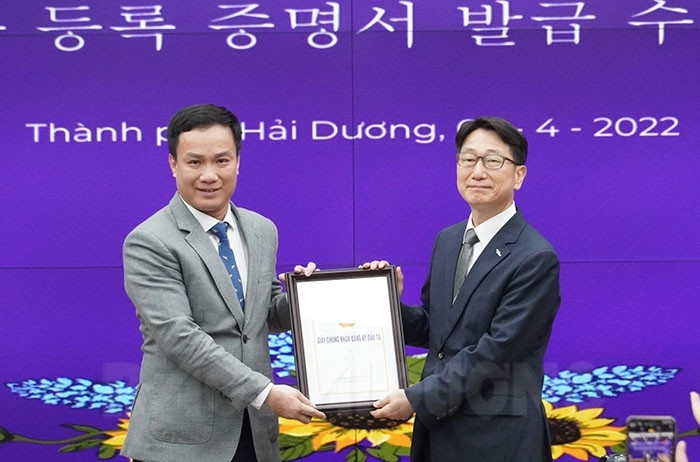 Chairman of the provincial People's Committee Trieu The Hung hands over an investment adjustment registration certificate to the leader of Hyundai Kefico Vietnam Co., Ltd.
There are 20 units in the province directly providing vocational training and labor for IZs and areas outside IZs. To realize the investment attraction strategy, the provincial authorities have worked out a project to develop high-quality human resources.

Regarding local IZ development policies, Hang said a plan to develop an IZ system in the locality was being completed along with the provincial planning. In which, additional IZs in the dynamic industrial region will be built on an area of nearly 7,500 ha.

When investors propose the implementation of projects appropriate to regulations, the provincial People’s Committee will direct specialized agencies and local authorities to closely coordinate with the enterprises to complete investment procedures and site clearance on the basis of shortening the performance time and creating the best conditions for the investors to realize their projects. 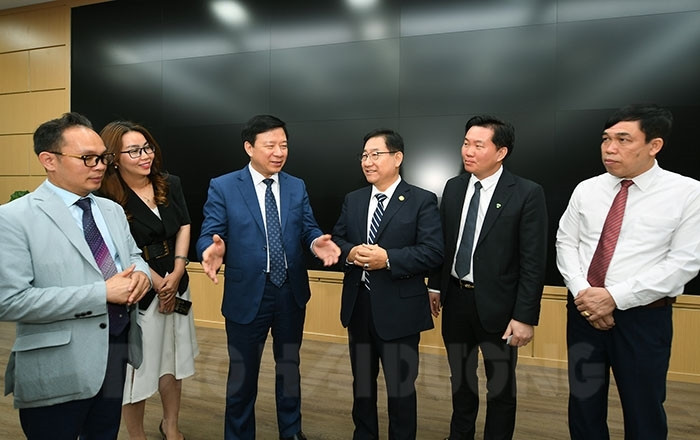 Secretary of the provincial Party Committee Pham Xuan Thang talks to South Korean business leaders on the sidelines of the conference
The investors’ proposal is suitable to the provincial development orientation and policy. However, investment in golf courses combined with urban areas is one of specific fields which must comply with general and current regulations.

The South Korean enterprises wanted to learn about investment procedures and preferential policies related to project scales and were interested in the investment promotion situation of three specific projects to build Korea Town commercial and service area, Shalom Garden green ecological urban area (both in Hai Duong city) and a hi-tech IZ. These issues were clearly and fully answered by leaders of the Departments of Planning and Investment and Construction and the provincial IZs Authority. 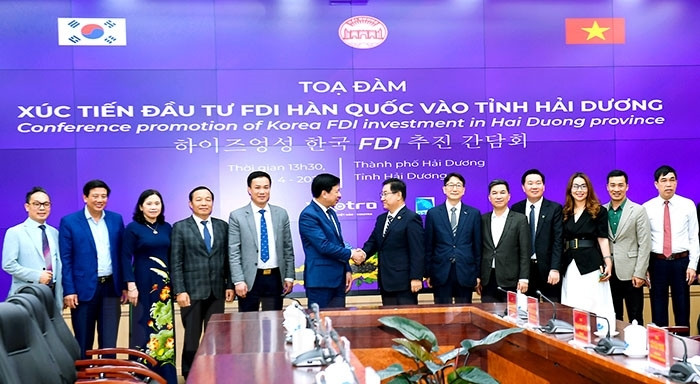 The provincial authorities have established the Steering Board for Investment Promotion and Support and a website to serve FDI attraction, from which the South Korean enterprises can look up.

Hai Duong authorities hope that business associations and enterprises will continue to study investment opportunities and organize visits to the province for factual finding.

The provincial authorities will coordinate with the IZ infrastructure investors to provide sufficient and detailed information about IZs for enterprises to research and work out investment plans.