FDI disbursement up 10.2% in seven months

FDI disbursement in Vietnam reached 11.57 billion USD in the first seven months of this year, up 10.2% compared to the same period last year and over 1.3 percentage point against the first half of this year. 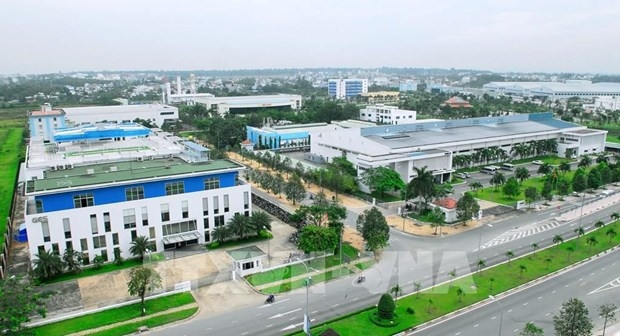 Illustration. Photo: VNA
The country raked in 15.41 billion USD in FDI during the period, a year-on-year decline of 7.1%, according to the Foreign Investment Agency (FIA) under the Ministry of Planning and Investment.

Newly-licensed capital has yet to rebound after disruption caused by the COVID-19 control measures, explained FIA Director Do Nhat Hoang. Meanwhile, many major projects have received additional investment, he said, adding that the extra capital accounted for up to 62.6% of the seven-month FDI.

The FIA also announced that processing and manufacturing lured the largest share of FDI, more than 10 billion USD, accounting for 64.3% of the total. The real estate came second with over 3.21 billion USD, or close to 20.7%.

Singapore led the 88 countries and territories investing in Vietnam with 4.3 billion USD, making up 27.7% of the total FDI. It was followed by the Republic of Korea with 3.26 billion USD, equivalent to 21%.
VNA