Once facing many difficulties in attracting investment, but Cong Hoa industrial park (IP) in Chi Linh city has recently become a destination for many investors. 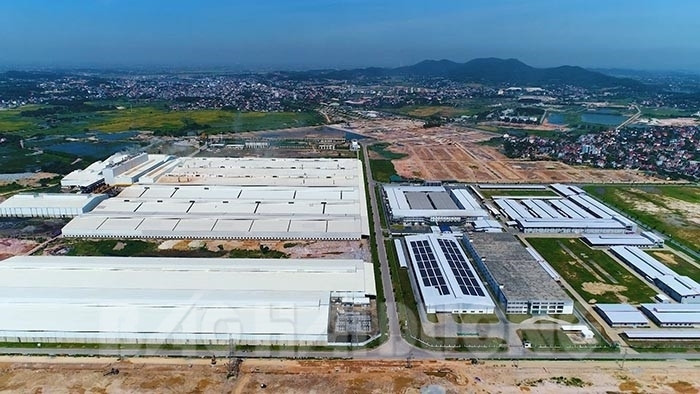 Vietnam Rubber Industrial Zone and Urban Development JSC. has spent more than 600 billion VND on the infrastructure of Cong Hoa industrial park
Located next to national highway 18 with a favorable position in the economic triangle of Ha Noi – Quang Ninh – Hai Phong, but at first, many businesses did not invest in Cong Hoa IP after surveying because it had some shortcomings.

Apart from high and medium voltage power lines, there were a cemetery and a landfill within the planning scope of the IP.

Besides, the IP is situated in a low-lying area, resulting in difficult and costly leveling. As a result, the land rental there was not a competitive advantage compared to other IPs in the province.

Facing the situation, Vietnam Rubber Industrial Zone and Urban Development JSC., the investor of Cong Hoa IP, took the initiative and focused on solving the problems.

Defining that synchronous and methodical technical infrastructure is a key factor affecting investment decisions of enterprises, so since 2018, the investor of Cong Hoa IP has prioritized the construction and completion of works serving the needs of secondary investors with attention paid to installing electricity, lighting, and clean water systems.

A wastewater treatment system with a capacity of 2,000 m3/ day was built, meeting production and business requirements.

Roads in the IP were also suitably designed to facilitate the transport of goods and travel of workers.

The ground problem caused by the existence of about 200 graves covering an area of 2,000 m2 like a severe bottleneck was also drastically solved by the investor in coordination with the local authorities. 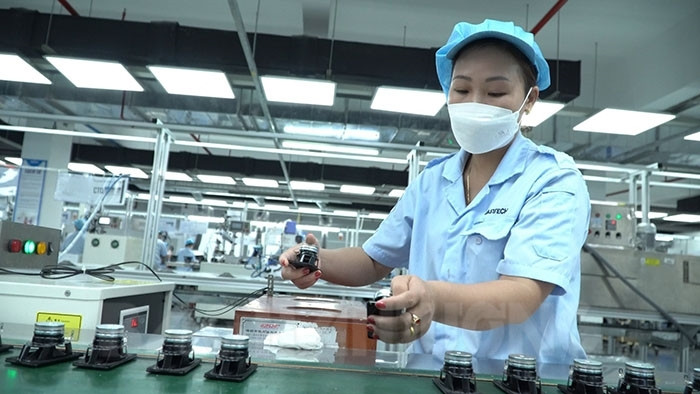 In the past three years, Cong Hoa industrial park lured seven investment projects with a total registered capital of over 100 million USD
By the end of September 2022, Vietnam Rubber Industrial Zone and Urban Development JSC. had spent more than 600 billion VND on the infrastructure of Cong Hoa IP.

The unit is urgently leveling 34 ha of blocks B6 and B7 with a total budget of 140 billion VND to welcome new projects.

Chairman of the Board of Directors Pham Trung Thai said apart from focusing on synchronous and modern infrastructure, the company also cared about assisting secondary investors in legal procedures and quickly handling suggestions to help businesses stabilize production and business activities.

During infrastructure construction, the investor calculated and proposed reasonable adjustment of items in accordance with the condition, situation, and orientation of investment attraction.

Thanks to proactive remedying of the limitations, the 201 ha Cong Hoa IP has gradually won businesses' favor and drawn attention from many investors.

There was only one enterprise in the IP from 2015 to 2018. The attraction of investment to the IP began to change positively in 2019.

In the past three years, Cong Hoa IP lured seven investment projects with a total registered capital of over 100 million USD and an occupancy rate of 60%.

In the first nine months of this year, the IP attracted three new projects, including two FDI ones with a total investment of nearly 800 billion VND. Two out of the three projects are being implemented.

As planned, from now until the end of the year, there will be five more investment projects there, basically filling the IP. This is the IP luring the most number of new projects this year out of 11 active IPs.
DO CUONG