Disbursed public investment up 22.5% in July

About 46.2 trillion VND (nearly 1.98 billion USD) of investment sourced from the State budget was disbursed in July, up 22.5% from a year earlier, according to the General Statistics Office (GSO). 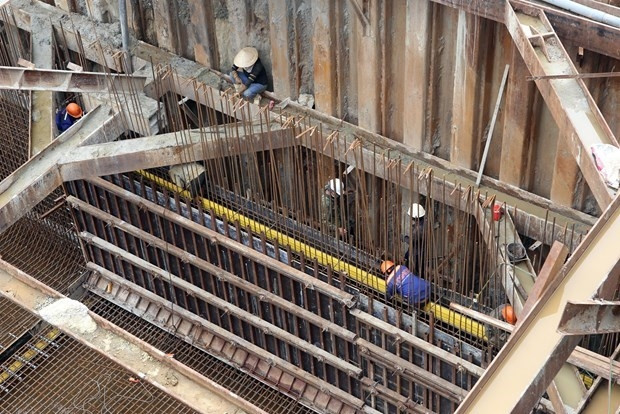 The disbursed public investment increased 22.5% in July compared to the same period last year. Photo: VNA
The amount brought the seven-month figure to an estimated 237.6 trillion VND, equivalent to 43.3% of this year’s target and rising 11.9% year on year.

The GSO said ministries, sectors and localities have been working hard to accelerate public investment disbursement amid strong production and business recovery.

Among ministries and sectors, the Ministry of Transport continued to take the lead during the first seven months, with over 21.6 trillion VND of public capital disbursed, up 23.4% year on year.

He asked them to be more responsible for capital management and use, noting that as the allocation and disbursement of public investment have great impact on the realisation of socio-economic development targets, the work must be done in a swift, efficient, and law-abiding manner.
VNA