Vietnam attracts more than $14 billion of FDI in H1

Vietnam reached more than US$14 billion in foreign direct investment (FDI) in the first six months of 2022, announced the Ministry of Planning and Investment (MPI). 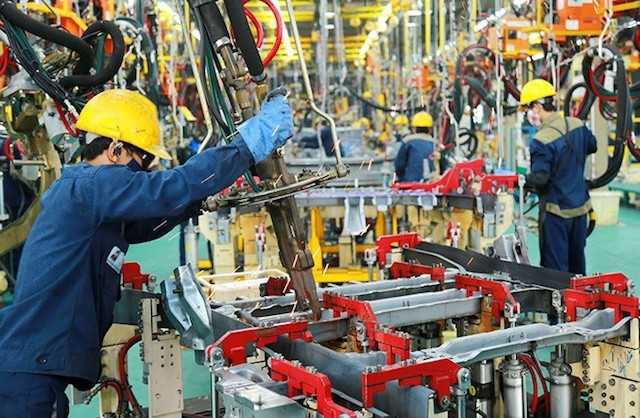 Of which, 752 new projects were granted investment registration certificates, down 6.5 per cent compared to the same period, with a total registered capital of over $4.94 billion, down 48.2 per cent over the same period.

In addition, there were 487 projects registering to adjust their investment capital, up 5.9 per cent over the same period, with the total additional registered capital reaching nearly $6.82 billion, up 65.6 per cent compared to the same period last year.

MPI’s Foreign Investment Agency said that although newly registered capital has not fully recovered after the interruption of anti-pandemic measures in 2021, adjusted capital, capital contribution and share purchases have continued to increase sharply at 65.6 per cent and 41.4 per cent respectively.

The Foreign Investment Agency said though adjusted capital decreased in March and May, the remaining months increased sharply with an increase ranging from 90 per cent to nearly 4.7 times compared to the same months of 2021.

Next came information and communication industries, scientific and technological activities with total registered capital of nearly $442.6 million and $408.5 million respectively.

However, in terms of the number of new projects, wholesale, retail, processing, manufacturing and scientific and technological professional activities were the industries that attracted the most projects, accounting for 30.1 per cent, 25.4 per cent and 16.5 per cent of the total projects, respectively.

According to the Foreign Investment Agency, realised investment capital of foreign investment projects in the first six months of 2022 increased by 8.9 per cent compared to the same period in 2021. That shows that enterprises are constantly recovering, maintaining and expanding production and business activities.

Accumulated to June 20, 2022, the whole country has 35,184 valid projects with a total registered capital of over $427.97 billion. The accumulated realised capital of foreign investment projects is estimated at nearly $261.66 billion, equaling 61.1 per cent of the total valid registered investment capital.

However, in the medium and long term, the conflict could lead to a trend of shifting investment out of Russia and Ukraine to Asian countries. Vietnam can also benefit from this shift in investment capital. However, this trend is not yet clear.
VNS