Price of Chi Linh custard-apples at beginning of crop doubles

According to the Economic Division of Chi Linh city, this year, the output of main-crop custard-apples in the city is estimated at 13,000 tons, up about 7 tons year on year. 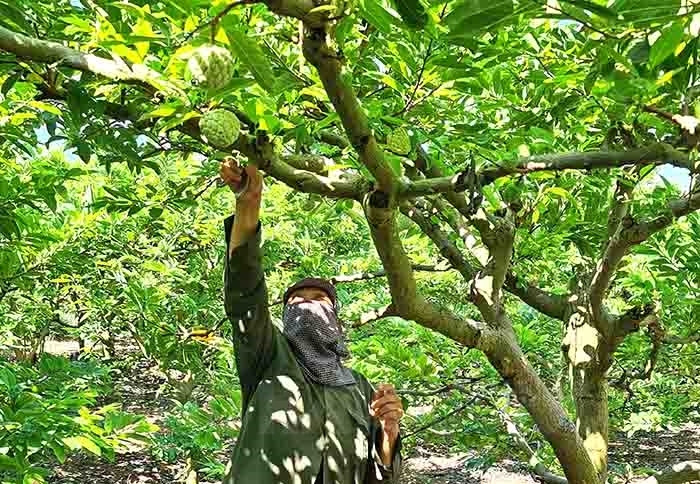 This year, the output of main-crop custard-apples in Chi Linh city is estimated at 13,000 tons, up about 7 tons year on year
Thanks to favorable weather, both productivity and quality of custard-apples this crop are higher than the previous one.

Fruits are of equal size and good-looking, resulting in very favorable consumption. The current price of custard-apples at the beginning of the crop is 50,000 – 70,000 VND/kg, double the same period last year.

It is expected that custard-apple growing areas will enter the peak harvest time around mid-August.