Besides domestic consumption, early lychees (including u trung trang and u hong varieties) have been proactively purchased by many businesses for export. 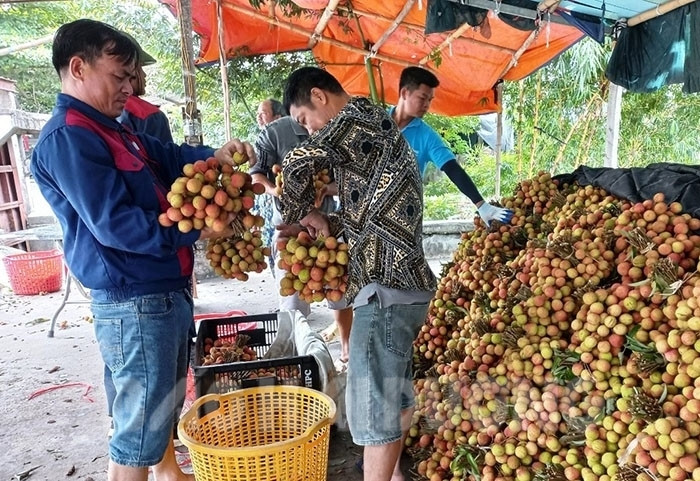 Traders buy early lychees in Thanh Quang commune for export to Cambodia and Laos
On May 12, Ho Chi Minh city-based Red Dragon Co., Ltd. bought and successfully exported seven quintals of u trung trang lychees from some households in Vinh Lap commune to the US, one of fastidious-considered markets due to strict requirements on product quality and design. This is good news for Thanh Ha farmers before a new lychee season.

"To be able to export products to the US, we seriously complied with the lychee cultivation process following GlobalGAP standard like limiting the use of plant protection drugs and using small doses of drugs in the allowed list when needed. All of us had notebooks to clearly record the time and amount of drugs used. As a result, our products satisfied high quality requirements of this market," said Vu Van Nhuan in Thieu My hamlet, Vinh Lap commune.

Apart from the US, the company will expand the export market of early thieu lychees to many ASEAN countries this year.

Though it's just the beginning of the season, Ameii Vietnam JSC. in Thanh Ha district has been ordered to export 500 tons of u hong lychees to Australia, Thailand, etc.

The enterprise intends to export about 2,000 tons to Japan and Malaysia.

This year, the firm will apply freeze drying technology to preserve lychees longer. 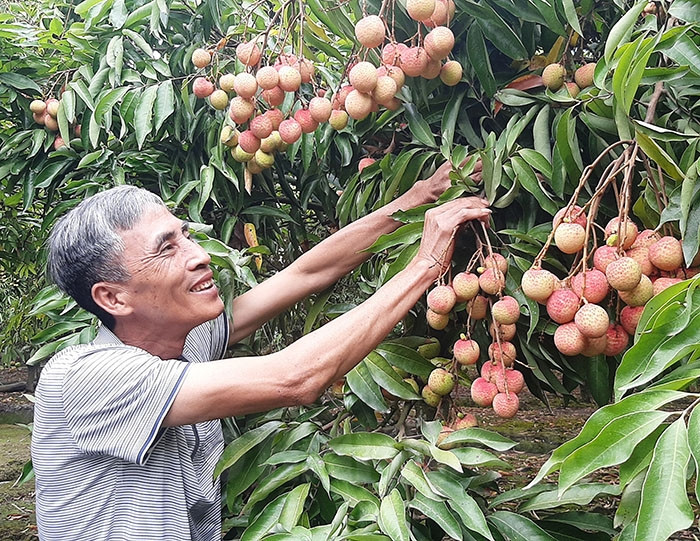 A large amount of u trung trang lychees of Trinh To Ton's family in Vinh Ninh hamlet, Thanh Cuong commune, are ordered by traders for export
"The successful export of Thanh Ha thieu lychees to Japan confirmed the quality of the products. Japanese people really like our country's lychees. This year, my company will try to approach new markets like Belgium, the Czech Republic, the Netherlands, the UK, France, Germany, and Canada so that more people can enjoy early thieu lychees," said Hong.

Aside from the above enterprises, many traders in Thanh Ha have also purchased early lychees for export to such countries as Laos and Cambodia.

Thanh Ha district has about 1,600 ha of early lychees with an estimated yield of more than 25,000 tons, equivalent to last year's figure.

This year, the export of lychees to China through border gates is considered difficult, so the district authorities have called on businesses to export thieu lychees to other countries.

The area of early lychees meeting VietGAP and GlobalGAP standards is on the rise. All cultivation regions have been granted codes for easy traceability by consumers.

Products have also been put up for sale on domestic and foreign e-commerce platforms.

The value of lychees has continuously increased. Each kilogram of u trung trang lychees was priced at nearly 200,000 VND at the beginning of the season, 60,000 VND higher than the same period last year, and is currently being sold for 90,000 VND.
MINH NGUYEN